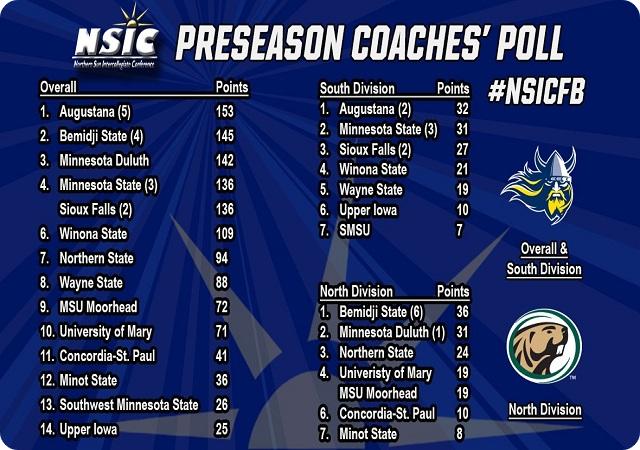 BURNSVILLE, Minn. - Augustana University was selected by the league coaches as the overall and south division preseason favorite in the NSIC for 2022. The Vikings received five first place votes (coaches cannot vote for their own team) and amassed 153 points, 8 points ahead of Bemidji State (145), which was the unanimous choice in the north division. Minnesota Duluth was third with 142 points while Minnesota State and Sioux Falls were tied for fourth at 136 points.  The Mavericks garnered three first place votes and the Cougars two.