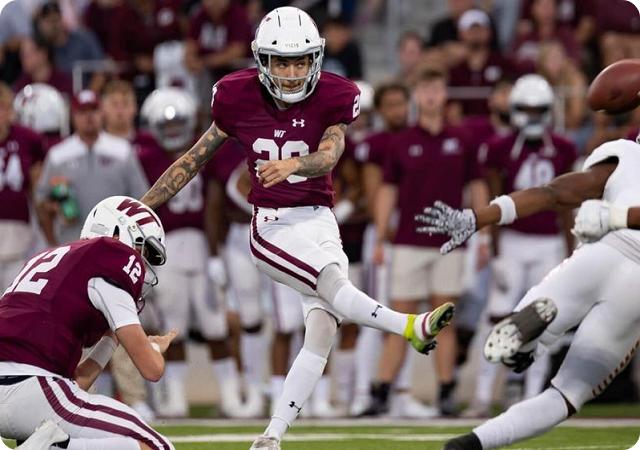 D2football.com is pleased to announce the players of the week for week five of the Division II season.

Cameron Merrell led the Fayetteville State defensive effort in a 13-10 win over Chowan. Merrell finished the day with 12 total tackles, three tackles for loss and three sacks. He also forced a fumble on a strip-sack deep in Chowan territory and recovered a fumble in the redzone.

Gage Urias became the first player in West Texas A&M program history to hit five field goals in a single game. He was responsible for 16 of the Buffaloes 28 points in the 28-27 win over UT Permian Basin. Urias connected from 33, 49, 20, 45 and 32 yards. The 32-yarder with 0:04 remaining secured the victory.