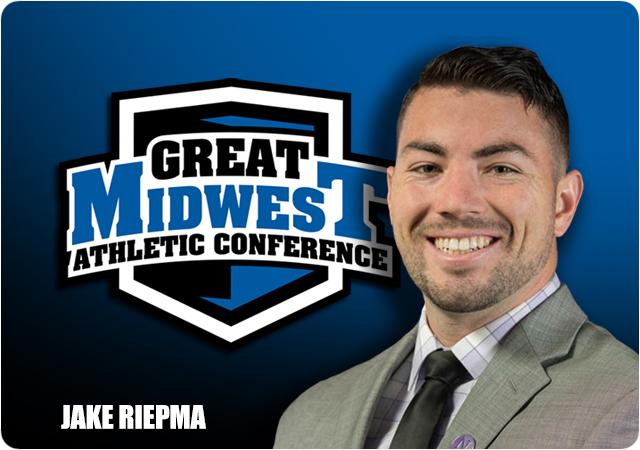 Well…well…well, the time has come for me to inevitably face the music…

If you read last week’s column, then you know I sit here writing after speaking a freezing cold take into existence last week...

^^^Live look of me watching Hillsdale defeat Ashland 36-20 handing the Eagles their first loss of the season and disavowing my audacious prediction of Ashland running the table this year.

Congratulations are in order for the Chargers who made plays in all three phases to earn the complete team win, and arguably one of the biggest upsets of the year across all of division II football. A fourth-quarter pick-six by Jackson Gillock of the Chargers helped propel Hillsdale to victory over the country’s sixth-ranked team. Ashland can say goodbye to any hopes of the undefeated regular season, and for Hillsdale, it’s the type of win that turns the season around.

Aside from the undefeated regular season, AU still has everything in front of them – reinforced by the first rendition of NCAA Super Region I rankings which pegs the Eagles at No. 2 behind 9-0 Shepherd. If the season ended today, Ashland would host a first-round playoff game against Gannon University (Pennsylvania). Alas, the season doesn’t end today, so enough with the playoff implications!

As we learned last week…

As for the rest of the week nine action in the GMAC – the Walsh Cavaliers chalked a W in the column for the first time this year meaning the conference no longer contains a winless team – Walsh picked up a 35-10 win over Kentucky Wesleyan to move to 1-7 on the year, while the Panthers of KWC drop to 2-7. Walsh’s final two games will be played on the road, so great to see the seniors of that program play their final home game in a winning effort.

Make it four in a row for the black and orange as Findlay drubbed Lake Erie 42-17. Despite Lake Erie scoring first to go up 7-0, the Oilers put forth a dominant effort the rest of the way to cruise to the victory and honor the memory of their former offensive lineman, the late Miles Davis. It’s been mentioned before, but worth repeating – the second half resurgence for the Oilers is impressive but also somewhat predictable given the imbalance of the front-loaded schedule. Nevertheless, I’m sure head coach Kory Allen and company are pleased with the turnaround and focused on finishing the season with six consecutive wins.

As predicted, Saturday proved to be a ‘get right’ game for the Tiffin Dragons who imposed their will from the very first whistle in a 48-3 clobbering of Northwood. The Timberwolves coughed up a punt to give the Dragons possession at the 16-yard line, and four plays later the route was on. The Tiffin victory paired with the Ashland loss means the Dragons and Eagles are back to a tie for first place atop the GMAC standings. For Northwood, the losing streak has reached seven games.

As we propel into the month of November and reach the fourth quarter of the regular season, the off-season can’t get here fast enough for some teams, while other squads are finding their groove and playing some of the best football they have all year.

As you all know, I absolutely insist on transparency and calling it how I see it – for better or for worse. This week’s slate, to be frank, is a little dull. Quite a few David-versus-Goliath type matchups with little to no sizzle. But in the end, it’s a Saturday with football which beats a Saturday without!

Tiffin on the road against Kentucky Wesleyan has the makings of another lopsided victory for the Dragons who are in the midst of enjoying a rather cupcake portion of the schedule before next week’s rivalry showdown against the streaking Oilers. Tiffin’s offense is the most potent in the league averaging better than 33 points per game, while the Panthers have the worst defense in the league in surrendering nearly 35 points per game. I hope the band is ready to play the fight song early and often, and the cheerleading team ready to perform countless pushups (if that’s still a thing) because Tiffin’s offense is poised for a field day. Dragons win big.

The same can be said for Northwood’s matchup against Ohio Dominican. The Timberwolves’ struggles have been well documented, losers of seven consecutive games, while ODU is fresh off a bye week and continuing to piece together a nice season. The Panther’s three losses have all come at the hands of quality teams – Tiffin, University of Indianapolis, and Ashland. Northwood and Ohio Dominican have not met since playing in 2016 when the Panthers earned a 35-28 win, and overall, ODU has won four of the five meetings all-time. Statistically speaking, the matchup completely favors the Panthers – Northwood allows the most yards per game of any defense in the GMAC at 433.6, while the ODU defense is amongst the league leaders in yards per game, scoring defense, and defensive efficiency.

At the risk of sounding like a broken record, Ashland outmans Lake Erie on paper, and the Eagles will certainly be looking for an emphatic bounce-back after last week’s upset loss to Hillsdale. Lake Erie sits as the lone three-win team in the conference and thus ahead of the likes of Walsh, Northwood, and Kentucky Wesleyan, but given the prowess of the Ashland Eagles, I don’t anticipate this game being close. In our D2Football.com poll, Ashland fell from No. 6 to No. 13, but make no mistake about it, this Ashland team is every bit a top-ten caliber team. The postseason becomes the focus for Ashland aside from two more tune up games against lesser competition. AU wins big.

Here we go, my fourth and final attempt at coming up with a new way to articulate a blowout prediction. Findlay hosting Walsh will likely be over sooner rather than later. Findlay is on a four-game winning streak, but hey now, Walsh won last week as well! Maybe one of these lopsided matchups on paper will yield a surprising result! Last week Hillsdale proved its possible, but in this case, I don’t see that happening with Findlay and Walsh. Findlay’s top tier defense will likely suffocate the Cavalier’s’ offense, and the Oilers should cruise to their fifth straight win.

We’ve saved the most intriguing matchup for last – Hillsdale at home hosting Michigan Tech in a nonconference clash. There’s no shortage of series history between these two teams with Hillsdale formerly being a member of the GLIAC, the Huskies and Chargers Hillsdale have played 30 games all-time dating back to 1980 including five of the last six seasons. Hillsdale owns the all-time series 19-11, but Michigan Tech has won three of the last five matchups. This year Michigan Tech enters 3-6 on the season with some tough losses to some of the nation’s best teams. Meanwhile we know Hillsdale enters the game riding all kinds of momentum after knocking off Ashland last week. On paper, these two teams grade out relatively evenly – the Huskies offense has struggled this year, so look for Hillsdale’s defense to be impactful. The Huskies are a different team on the road having dropped all four of their away games. Given the game is being played at Frank “Muddy” Waters Stadium, I like Hillsdale to get it done and continue the winning ways.

My winners this week – Hillsdale, Findlay, Ashland, and Tiffin.