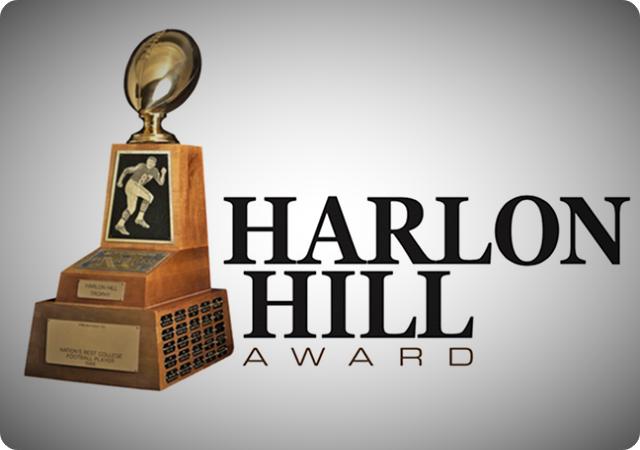 Thirty six student athletes have been nominated for the 2021 Harlon Hill Trophy Award. The Hill Trophy is presented annually to the Division II football player of the year. To arrive at the initial list of thirty six candidates, each school nominates one player and those nominess are voted on by the schools in each super region. Every school casts a ballot submitted by the sports information director. In the first round of voting, each ballot allows for five players to be named. The top voter goters from within each super region make the candidate list. The next round of voting will slim the list to two candidates per region. The eight finalists will then be placed on a national ballot for all sports information directors to vote on. The winner of the 2021 Harlon Hill Trophy Award will be announced on Friday, December 17, the night before the Division II Football National Championship Game. The winner will later be honored at the Little Rock Touchdown Club awards banquet on January 13, in Little Rock, Arkansas.