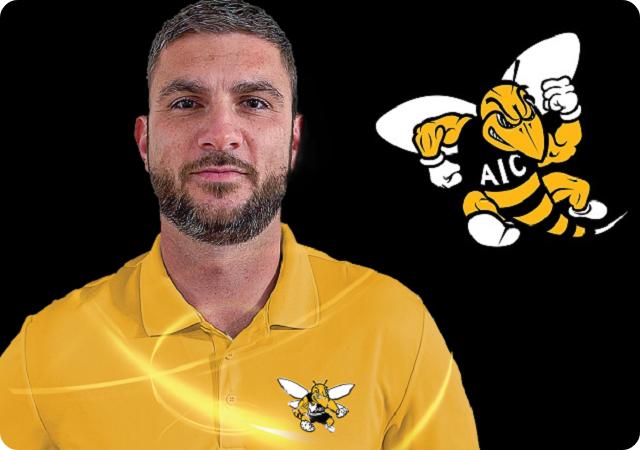 SPRINGFIELD, Massachusetts – American International College Vice President for Athletics Lou Izzi is pleased to announce the appointment of Lou Conte as the head coach of the football program.

Conte, a native of Western Massachusetts, returns to Springfield after serving as interim head coach at NCAA Division I (FCS) The Citadel in Charleston, South Carolina this past season. In advance of that appointment, Conte was The Citadel's offensive coordinator for six seasons. Conte was instrumental in guiding The Citadel to a Southern Conference championship, consecutive NCAA appearances, and a 2016 national rushing title.

"I am excited to welcome Lou Conte as the new head coach of the AIC football program," said Izzi. "Lou has achieved considerable success at the NCAA Division I and II levels. He is a dynamic coach with outstanding football acumen, a passion for excellence, and a wealth of recruiting experience. I am impressed with Lou's strong commitment to building student-athletes on and off the field and supporting their personal development and academic success."