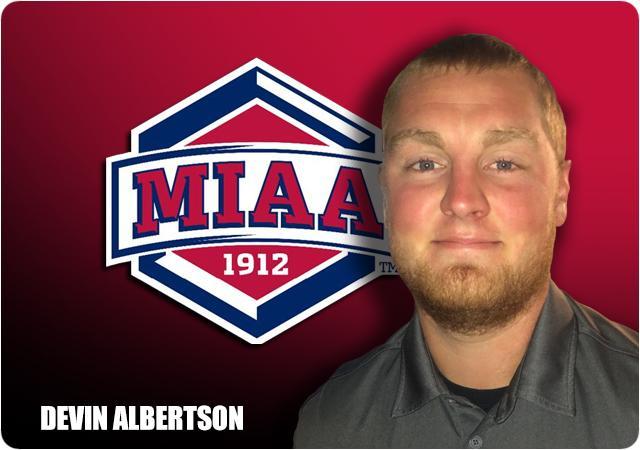 As we reach the midpoint of the season I think we know one thing about the MIAA in 2022, the conference is deep with talented teams. But are there any true national championship contenders? I have my doubts but there are a few teams that could win a playoff game and a couple others could win a bowl game.

Northwest Missouri 16 Missouri Western 3
This was the first game I have been able to attend in person this year. The first half was unpleasant to watch. Missouri Western put together two solid drives in the first half but settled for two short field goal attempts, including a missed 32 yarder. On the other side, the injury bug has definitely infected the Northwest Missouri offense. Mike Hohensee was out, Braden Wright played hurt and multiple lineman and skill guys were either out or playing hurt. That is the only reason I can think of for the most conservative play calling that I have seen outside of Iowa Hawkeyes football. The Bearcats had 6 drives in the first half and ran 21 plays for 47 yards (excluding the kneel down).

Emporia State 42 Washburn 35
If you checked the score after the game was over you would have thought that this was a fun, competitive game. The problem is Emporia State was up 42-14 with 13 minutes left in the game. I give credit to the Ichabods for continuing to fight and making the game come down to an onside kick, but this was a dominant win for Emporia State. Braden Gleason was brutally efficient all day and shredded the Washburn secondary, especially in the 3rd quarter. The Hornets scored a touchdown on all three drives in the third quarter and the first drive of the fourth quarter to extend the lead to 42-14. If Emporia State plays like this the rest of the year, they could absolutely upset Nebraska-Kearney and Northwest Missouri. This team is not out of the playoff race yet. Washburn needs to do something about their defense. The Ichabods have allowed 30+ points three times this year through five games. Washburn has to win out to have any hope of making the playoffs again.

Nebraska-Kearney 38 Fort Hays 20
Nebraska-Kearney’s rushing attack was not its normal dominant self but TJ Davis hit on a couple long passing touchdowns and the Lopers got a big win. Last year Fort Hays upset the Lopers behind a big comeback. Chance Fuller returned for the Tigers but the Lopers defense played quite well. I will keep saying it, but if the Nebraska-Kearney defense can continue this level of play, then the Lopers are a scary football team.

Central Oklahoma 45 Lincoln 3
Central Oklahoma did whatever they wanted to do on offense and defense. Shoutout to Jacob Delso, four receptions for 100 yards and two touchdowns for the Bronchos.

We have a Thursday night game this week and the two bluebloods going head to head on Saturday. Now that we have five weeks of data, I can start using more stats in the previews. Let’s dive into the matchups.

One week after rivalry week we get the two Oklahoma teams squaring off on a Thursday night. While the Central Oklahoma offense still lacks a lot of firepower, the Bronchos can move the ball against below average teams and put up some points. Northeastern State will struggle offensively against a good Central Oklahoma defense.

This is the big game. The MIAA is at its best when Northwest Missouri and Pittsburg State are battling it out for the conference title. While I do miss this game being played as the Fall Classic at Arrowhead (my favorite place on Earth), I do love that this game is at Carnie Smith Stadium in Pittsburg. It is one of the best gameday atmospheres in all of Division II football, especially when the Gorillas are rolling.
Now to the actual play on the field. A few key areas that I am keeping an eye on that will decide this football game. First, can the Gorillas offensive line give Chad Dodson Jr time to throw? The Gorillas have struggled at times this year with pass blocking and Dodson likes to hold the ball so that he can push it downfield. Elijah Green and Zach Howard are monsters upfront for Northwest Missouri and can wreck a game plan. On the other side of the ball, does Mike Hohensee play? If not, is Braden Wright healthy enough to be effective vs the best defense Northwest Missouri will play in the regular season? If Hohensee is out and Wright is still banged up, the same conservative gameplan that was used last week will not work at Pittsburg State. You cannot give Dodson and the Gorillas offense a dozen possessions to work with, they will hit on a couple big plays and eventually put points on the scoreboard. In the end, I think Pittsburg State is the better football team in 2022. The Bearcats defense keeps the game close but Pittsburg State gets their first win in the series since 2017.

The top two rushing attacks in the MIAA will face off in St. Joseph this Saturday. Missouri Western is a much better team than their 2-3 record would indicate. Cooper Burton and Traveon James are as dynamic of a wide receiver duo that you will find in the MIAA. The Griffons also have speed to burn on defense and that speed will be tested by TJ Davis and the stable of running backs on Nebraska-Kearney. In the end, the Lopers are playing fantastic football and will take care of business on the road.

I love the Washburn offense. Kellen Simoncic can sling it around the gridiron to talented guys like James Letcher Jr, Peter Afful and Collin Wilson. The problem is that the Ichabods defense has been carved up like a holiday ham so far this year. The Fort Hays offense should be back to normal with Chance Fuller fully back from his injury. If you like offense, Hays will be the place to be this Saturday. As much as I do not trust the Washburn defense, the Ichabods get the ball last and win the game.

Emporia State passes the eye test and the stats back up the Hornets as well. Braden Gleason is an accurate passer and distributes the ball well. The Hornets defense has been quite good as well. Emporia State nearly upset Pittsburg State two weeks ago and utterly dominated a ranked Washburn team last week. Central Missouri is in the middle of a rebuild and while they have been competitive, I do not believe the Mules have the horses to pull off this upset.

Missouri Southern is coming off a blowout loss to their rivals and will be out for blood. The Lions will take care of business and pick up win number four of the season. At some point, we will need to have a serious conversation about Lincoln and if the Blue Tigers should remain in the MIAA. If Lincoln is not going to make the financial effort to field a competitive football team, why should they remain in the MIAA and force the conference to continue with the silo scheduling. If the MIAA wants to prove they are one of the best football conferences in Division II, they should have to prove it in non-conference games.