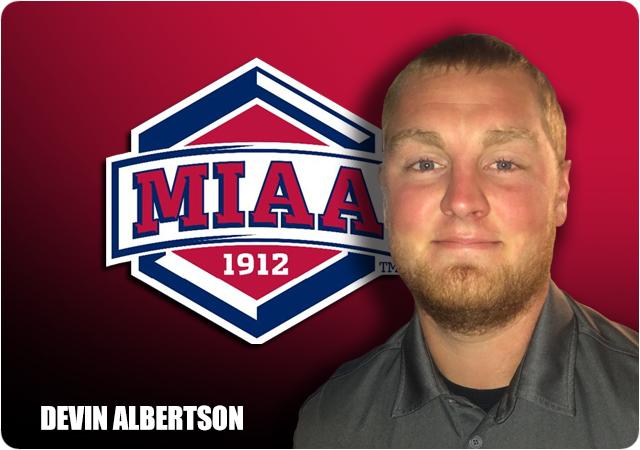 The playoffs are only three weeks away. Let’s take a look at the teams with two or fewer losses in Super Region Three.

*Note, I finished this column after Ouachita Baptist beat East Central 28-18 on Thursday. That eliminated East Central from the playoffs with three losses.

That is 13 teams battling for seven spots. There are a couple games that could knock teams from playoff contention this week:

Here is a chart with the remaining schedule for the 13 teams still in playoff contention.

I will go into more playoff scenarios after we get the results from this weekend and regional rankings that are in a meaningful order and not just alphabetical.

Washburn 37 Central Oklahoma 9
James Letcher Jr scored three touchdowns in three different ways (rushing, receiving and punt return) as the Ichabods rolled a big home win over Central Oklahoma. It was not a surprise that Washburn won this game, it was shocking that the Ichabods dominated the game. The loss eliminated Central Oklahoma from playoff contention this year. Both teams are still in contention for a bowl game and this win could give Washburn the inside track on a bowl invite.

Pittsburg State 28 Missouri Western 16
A big third quarter propelled the Gorillas to a homecoming win over Missouri Western. The Griffons took a 10-7 lead into halftime after a two yard touchdown pass from Reagan Jones to Jonas Bennett in the last minute of the half. The Gorillas scored 21 unanswered points after the break including two touchdown passes by Chad Dodson Jr. It was an ugly win for Pittsburg State, but the Gorillas stayed undefeated.

Fort Hays 27 Central Missouri 14
The big difference in this game was the turnovers. The Fort Hays defense intercepted two passes and forced three turnovers on downs. It has been a difficult season for Fort Hays but this win will be one of the few bright spots of the 2022 season. This loss ended the Mules hopes of finishing above .500 but Central Missouri still has winnable games down the stretch to help build momentum going into 2023.

Nebraska-Kearney 66 Lincoln 17
Good game for Nebraska-Kearney to give starters some rest going into a big game this week. The Lopers still ran for 372 yards at 7.5 yards per carry.

The game of the week is in Kearney, Nebraska but there are a couple more games that could affect the playoff chase in the MIAA this week.I will be making the trip up to Kearney for the first time, should be a fun one!

It is a playoff game in Kearney this weekend. The winner keeps their playoff hopes alive and the loser will miss the playoffs and have a decision on whether or not to accept a bowl game invitation. At the beginning of the season, I had this game circled as a potential conference championship game but both teams go into week nine with two losses. A couple interesting things to keep an eye out for this game when the Lopers have the ball. The Lopers run for 271 yards per game while the Bearcats have allowed a total of 258 yards rushing on the season (including an 80 yard run in the loss to Central Oklahoma). The Lopers only throw for 120 yards per game and the Bearcats allow under a 50 percent completion rate. But when teams complete a pass versus the Bearcats, it is for an average of 12 yards per completion. As good as I think TJ Davis and the Lopers rushing attack is, I trust Rich Wright to limit the spread option running game and force Nebraska-Kearney to win the game by passing the ball.
When the Bearcats have the ball, can the Northwest Missouri offense not turn the ball over and put the defense in a bad spot? The Lopers defense has played much better this year but injuries in the secondary caught up to them in the loss to Emporia State. Mike Hohensee has played well since his return from injury, part of that has been the emergence of Kashan Griffin at wide receiver. The goal of the Bearcats offense has to be not to turn the ball over and score 24 or more points.
In the end, I think the Bearcats will spoil homecoming in Kearney and keep the 17 year playoff streak alive for another week.

I was hoping Central Oklahoma would win last week and create a second playoff type game in the MIAA this week. Now Central Oklahoma is playing for a bowl bid and Pittsburg State needs to keep winning to secure playoff games at the Jungle in November. The one thing that worries me about Pittsburg State is that the offense can disappear for long periods of time during a game. The Gorillas can overcome it because the passing game is explosive, but Central Oklahoma has a defense good enough to pull off an upset. The Bronchos are 4-0 in Edmond this year including wins over Emporia State and Northwest Missouri. In the end, the Pittsburg State defense is fantastic and the Gorillas have more on the line in this matchup.

Do you like good defense and widely average offense? If so, this is the game for you. Both teams have struggled to find their footing in the passing game but do a great job limiting the pass on defense. This game also has intrigue for the MIAA teams on the playoff bubble. One of the criterias for the committee is record versus teams over .500. Missouri Southern needs to go 2-1 down the stretch or Missouri Western needs to win out to get to 6-5. I went back and forth on this game all week. I decided to pick Missouri Southern, I feel like the Lions are more consistent week in and week out.

Emporia State struggled a bit offensively last week but I expect the Hornets offense to bounce back in a big way this week. The Fort Hays defense is just not good this year and the balanced Hornet attack should be able to get back on track. Plus, it is homecoming weekend for Emporia State.

Washburn has been playing good football over the last three weeks including an impressive 28 point win over Central Oklahoma last week. The Ichabods offense has scored 30 or more points seven times this year but has not scored more than 45 points yet. That changes this week.

After a disappointing loss last week, look for Central Missouri to bounce back at home in a big way. The Mules have scored over 30 points only once in 2022, a 35-13 win vs Northeastern State. I want to see Central Missouri work on their putrid running game against Lincoln, get it going before ending the year with Missouri Western and Central Oklahoma.