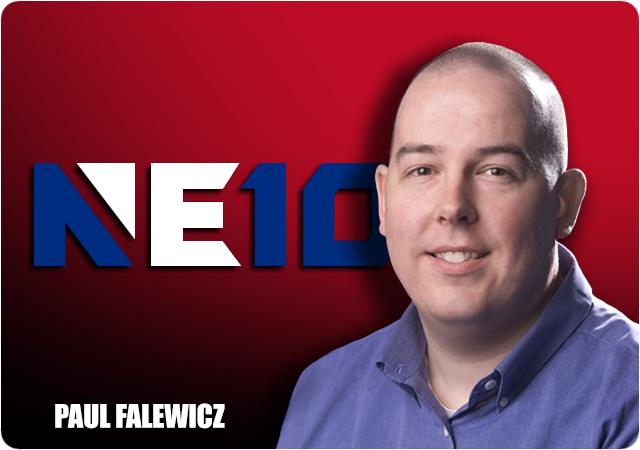 Slippery Rock defeated Assumption 17-14 last Saturday to move on to the second round of the playoffs.  The Rock scored points on the first two drives of the game and that was enough to hold off the Greyhounds.

When the Assumption offense was starting to move the ball in the second half, it was the Slippery Rock defense that stepped up and won the game.

“The defense has been like this for us all season long,” Slippery Rock Coach Shawn Lutz said.  “They have made big plays all year long.  I thought we made some big plays down the stretch to win the game.”

The Rock advanced to play Shepherd next weekend who knocked off New Haven.

It was the first time in program history that Assumption lost a home playoff game.  They were 3-0 entering the weekend and almost pulled out the victory to play another week.

That first drive by Slippery Rock was very impressive.  They ran 21 plays and gained 82 yards.  It used up over 10 minutes of the game and set the tone for the first half of the game for the Rock.

“I felt good about the way we started off that game,” Lutz said.  “We had to be able to run the ball a little bit.  They move a lot of their front.  They give confusion.  They bring a lot of people.  I was pleased with how we did that.”

The Rock was carried by Noah Grover and Chris D’Or on that drive.  They both missed last week with injuries but D’Or was injured during the game and never returned.

It was a statement drive by Slippery Rock that they needed to assess their running game and quiet the home crowd.

After trailing 17-7 at the half, it seemed like a more determined Assumption football team hit the field for the final 30 minutes.

The defense stepped up and pitched a shutout over the final two quarters.  That allowed the offense to find some rhythm and make it a one-score game.

“There is no magic dust in the locker room,” Assumption coach Andy McKenzie said.  “It is just that we believe in each other.  We know that we need to come out more physically.  We needed to execute at a high level.”

It started with quarterback Jake Cady who helped to move the ball down the field and gave his team a chance to win the game.

“It comes down to us executing our assignments and playing with heart,” Cady said.  “We were able to do that in the second half.”

It was a different team in the second half that almost pulled off the come-from-behind victory.

It was the difference in the game.  One team converted all of their chances and the other didn’t.  It played a factor in the outcome of the game.

On the opening drive, Slippery Rock went for it three times on fourth down.  They converted all three times including drawing Assumption offsides.

“We took some chances on that opening drive,” Lutz said.  “We went for it on three fourth downs. So at this point, we were going to do those types of things.”

It worked for Slippery Rock to get points on the board.

But for Assumption, they were not able to convert on their fourth down opportunities.

They had a fourth and two on the three-yard line.  Instead of attempting the field goal, the Greyhounds went for it.  Slippery Rock was able to stop the run and keep Assumption off the scoreboard.

And on the Greyhounds' final drive of the game, the Rock once again stopped the Assumption offense on a fourth and one.  They took the ball and ran out the clock to win the game.

“Two big stops by the defense were outstanding,” Lutz said.  “It was the difference in winning that game.”

It was a game of inches, and the Slippery Rock defense won those key battles.

Slippery Rock has played three different NE10 teams in the playoffs over the past seven years and is undefeated in those games.

It started in 2015 when they defeated Assumption 41-39 in the second round of the playoffs on their home turf.

Then in 2018, they defeated two NE10 teams on the road.  First at LIU Post and then on the road at New Haven.

“We respect everyone that we play,” Lutz said.  “We take a lot of pride in our conference.  We don’t mind going on the road and accepting the role of being road warriors.”

And now in 2022, they defeat Assumption to move their overall playoff record against the NE10 to 4-0.

Slippery Rock plays in a highly competitive conference and also schedules solid non-conference opponents.  Lutz had a lot of high praise for the Assumption team including Cady

“He is a really good running guy and really hard to stop,” Lutz said of the Assumption signal caller.

“I want to give a lot of credit to Coach McKenzie,” Lutz continued.  “He had that team ready to play.”

Slippery Rock had all that they could handle from a very good Assumption defense.

It was a tough ending to a solid season for the Assumption Greyhounds.  They won the NE10 title, played at Polar Park, and accomplished the majority of their preseason goals.

It was a great season for the Greyhounds, and it showed that football was just part of the equation for their success.

“We have so much to be proud of,” McKenzie said.  “Looking back at the things that we went through with Covid.  The development of the chemistry that we needed to build; the guys have a ton to be proud of.”

“This is my family,” Assumption linebacker Jael Feliz continued.  “These are the guys that I will be calling when I have my first kid, get married one day to tell them what’s up and they will be doing the same thing.  Everything that we have been through, is a tough way to go out, but I couldn’t be more proud of the family members I made and the brothers I have.

“Football is a game of life.  We know that we have to be men first.  Football doesn’t matter to us.  It is a game that we get to play.  From school to relationships to building a culture, you are definitely going to see us again.”

Those are exactly the types of comments that any coach wants to hear from his team.

“That is what makes me the proudest,” McKenzie said after his players talked to the media.  “Listening to them talk about the relationships and becoming men as part of this game.”

And finally, Cady had his thoughts on the team and the secret to the success of the Greyhounds.

“Ever since our freshman year, it has been super special, a lot of talent.  There are a lot of great guys who are great leaders.  That is why we have been so successful this year because of that group.  We have seen this through and captured the NE10 title.”

Good teams have great leaders and it seemed that way in the Assumption locker room.  Even though some of the leaders will be moving on next year, the foundation of long-term success has been established on the campus of the Greyhounds.

New Haven nearly pulled off the biggest upset but fell to Shepherd 16-13 on the road last Saturday afternoon.

The Chargers jumped out first when Connor Degenhardt called his own number and gave New Haven a 6-0 lead.

Shepherd scored the next 16 points but was frustrated by the Charger defense all afternoon long.  Reigning Harlon Hill winner Tyson Bagent was human in the game as he finished with just 235 yards passing and zero touchdown passes.

The Rams won the game by running the ball and had a couple of explosive runs that resulted in touchdowns.  Ronnie Brown had 223 yards on the ground including touchdown runs of 61 and 47 yards.  He was the difference maker in the game for Shepherd.

New Haven had 149 yards on their two scoring drives which was the first and last drive of the day for the offense.  In between, they had just 116 yards on their other 42 plays and were not able to generate enough offense to pull off the upset.

The Chargers finish the year by losing their third playoff game in a row to a PSAC.  They lost to Slippery Rock at home in 2018, on the road to Kutztown last year, and this year at Shepherd.

It was a season of near misses for the Chargers as they lost late to Bowie State during opening weekend.  A tough one-point loss to Assumption on the road and now the loss to Shepherd.  A play here or there in those three losses could have been a completely different type of ending for New Haven.