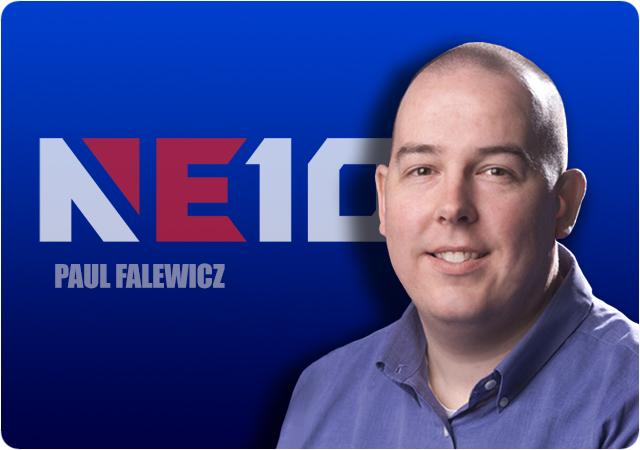 This is always a topic after Week 1.  And in 2021, the results were favorable. For the first time in years, the NE10 had a winning record against non-conference foes during the opening weekend.

The league was 3-2 against PSAC foes and 1-1 against Division 1 FCS foes for an overall record of 4-3 for the weekend.  The New Haven/Franklin Pierce game is considered non-conference, but we will not add it into the results as the odd number of teams in the league has forced a week of non-conference games to hit the 10 game mark for the season.

American International and Stonehill also made it to the win column for the NE10.  Both were not major surprises but a victory over the PSAC is a victory.

The most impressive victory of the weekend was the Bentley Falcons.  Yes, they are the defending champs in the league.  But the way that they played in all three phases of the game surprised everyone except the players and coaches in their locker room.

They defeated West Chester for the first time in five tries and the score was not as close as the game was on the field.  Despite giving up a big return on the opening kickoff that was called back because of a penalty, it was all Bentley after that.

Stephen Sturm ran the offense to perfection.  He has a couple of running backs that are able to grind out yards and the offensive line dominated in the trenches.  And then the defense was flying all over the field making plays and making a good team look horrible.

Bentley needs to maximize their strengths and keep the momentum going this weekend at Assumption.

Southern Connecticut has been on the bottom of the college football teams in the state for the past several years.  There was once a time that they dominated the state and they were the program that everyone looked up to.

With the Owls 28-21 victory over Central Connecticut, they showed the league and the state that they are ready to compete in 2021.  They have a quarterback that can sling the ball all over the field.  Jackson Ostrowsky tossed three touchdowns and looks to have some weapons around him to score early and often for the Owls.

The defense has a bend but not break mentality.  They gave up 445 yards to Central Connecticut but made enough plays in the fourth quarter including a pick-six to win the game.

It has been years in the making for Southern Connecticut.  Coach Tom Godek has seen a lot of football in his time with the Owls and would like to do nothing more than repeat the success of when they were the team to beat in the league.

Franklin Pierce lost on the road to New Haven 30-14.  But the future is looking good for the Ravens as they held their own against a much better team on the road.

The Ravens were lucky to move the ball in their inaugural season in 2019 but a year away from football and a couple of additions have the Ravens looking like they might be able to grab their first NE10 victory this year.

EJ Burgess is a big physical running back and was a big part of the Franklin Pierce game plan.  He rushed for 66 yards, hauled in 132 yards in the air, and found the end zone a couple of times.

The biggest difference for Franklin Pierce is the size of the players.  In 2019, they were also the smaller team but, on the stream, they seemed to match up better with New Haven with bigger players that were not pushed around.  Coach Russell Gaskamp has had the time to recruit players that are built in his mode.  Give him some time and the Ravens will be in the mix.

I thought that Stonehill had the best backfield in the league entering the season.  After Week 1, it looks like it is going to be a long season for anyone game planning to stop the Stonehill's backs.

Brian Kearns, Jr is back from injury and gained over 100 yards in the victory.  It is a formable backfield for the Skyhawks which will only have opposing defenses stack the line of scrimmage and stretch the field for the receivers.

A veteran quarterback and a strong defense, it is going to be a good season for Stonehill.

One thing is for sure.  It is great to see eight football games over the course of three days.  And I feel like the league will be very competitive this year.  You saw teams stand toe to toe against better opponents and that will only make the 2021 season fun.

This league has made tremendous strides over the course of the past 15 years.  They have teams that were perennial doormats that are now competing each week.  They have strong programs that have struggled over the years after years of dominance that are rebounding.

This is going to be a season that teams need to bring their A-game week in and week out.  There are no sure victories like in years past.  They need to play 60 minutes for all 10 games if they are going to win the league and get to play some additional football late in November.

The NE10 might not be in the national championship mix like other conferences but they are not the pushover either.  They will battle on each down and that is great for the league.  It helps with recruiting and will only make the league one that is feared in the region.