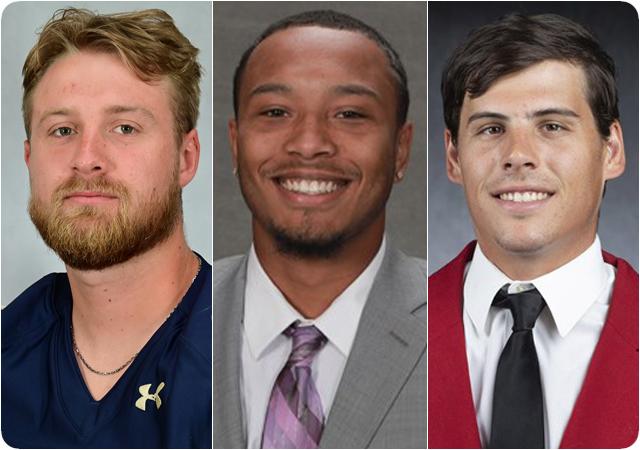 McGhee had a lot to do with Minnesota State’s big halftime lead over Bemidji State.

He forced a fumble, recovered it, and returned it 70 yards for a touchdown early in the second quarter. Just before halftime, McGhee intercepted a Bemidji State pass attempt and returned it 45 yards for his second touchdown of the game.
He also contributed eight tackles in the Maverick’s opening day win at Bemidji State.
Special Teams
Estin Thiele
Kicker
Valdosta State

Thiele's field goals provided the margin of victory in VSU's 36-21 win over Keiser.