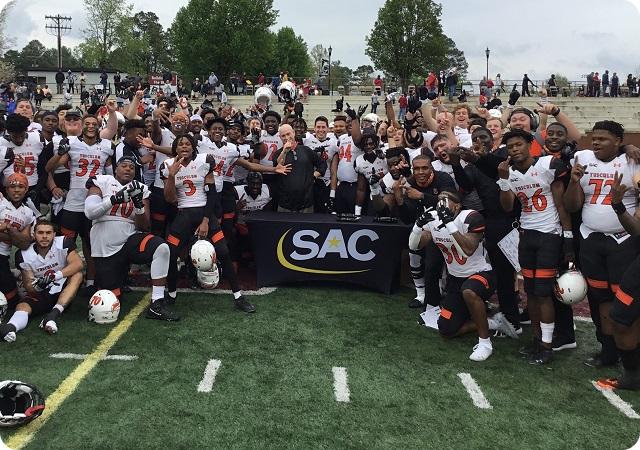 Rogan Wells threw for 438 yards and three touchdowns, including two to Derrick Wright, and the Tusculum defense stopped Lenoir-Rhyne on fourth down in Pioneer territory in the final minute to secure the win. Wells, who surpassed the 400-yard mark through the air for the fourth straight game, was 31-for-49 passing as the Pioneers (4-1) rolled up 545 yards of total offense to deny the Bears a third straight conference championship and win the third SAC title in program history, joining the 2003 and 2008 squads.