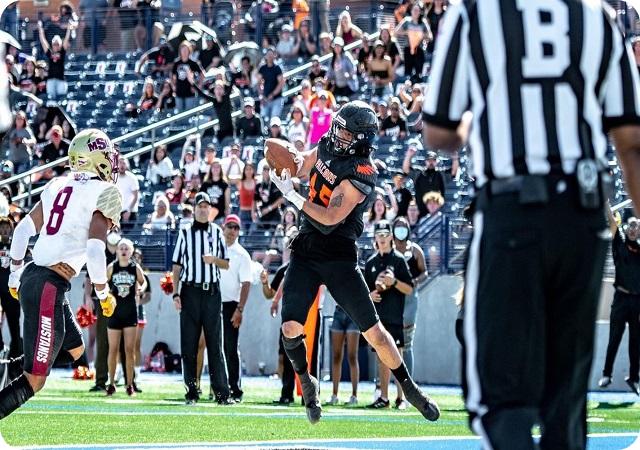 It took the first overtime game in program history, but UT Permian Basin Football capped off an undefeated spring with a 22-21 victory over Midwestern State.  The Falcons went for two in the overtime period, with Brayden Thomas finding Kobe Robinson on an out route to grab the win.

In the overtime period the Falcons faced fourth-and-six from the nine after the Mustangs scored to open the extra period.  With the season on the line, Brayden Thomas found tight end Matt Zubiate in the corner for the touchdown. Rather than going for the tie, the Falcons decided to go for it all, calling a bootleg to the right as Robinson broke for the pylon.  The freshman Thomas found Robinson setting off the celebration.