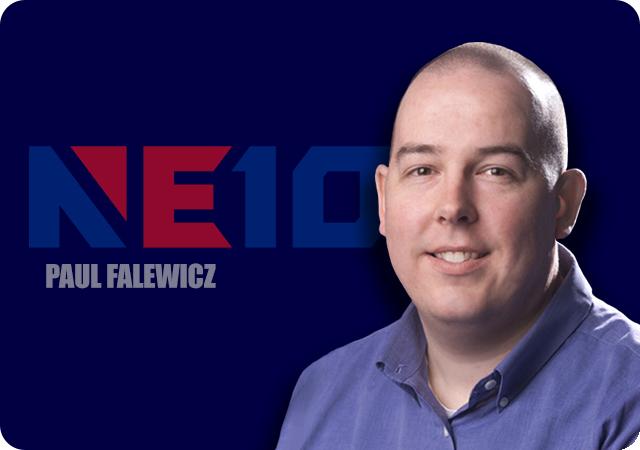 It is football season.  The season opens on Thursday night and starts a stretch of three straight days of football.

Gannon was picked to finish sixth in the always competitive PSAC West.  They return a number of all-league players on their defensive.  Their offense has a bunch of new faces and will need to find their groove early.

Southern Connecticut was picked to finish in a tie for fourth in the NE-10.  The Owls have some talent back on both sides of the ball.  They need to be able to teach the younger players how to play in college games and be ready each week.

Both teams need to get off on the right foot in week 1.  The difference might be at quarterback.  The Owls have experience at the position and will help them grab the victory.

Millersville has been slotted in the seventh position of the PSAC East.  The Marauders have nine starters back from 2018 and look to build up from their 2-9 season.  The defense will be key to their success as they need to stop the powerful offenses of the PSAC.

Pace is picked third in the preseason poll and coming off their most successful season in a long time.  They have several key players back for another year and are looking forward to a big 2019 season.  The Setters have high hopes that 2018 was not a fluke.

Pace defeated Millersville in 2017 and it helped to fuel the turnaround for the Setters.  They will continue to move in the right direction and take care of business on opening night.
Prediction:  Pace 38 Millersville 13

California was picked to finish second in the PSAC West.  The Vulcans return 18 starters from a team that won seven of their final games in 2018.  They are always in the mix for a league title and playing in the postseason.

St Anselm was picked eighth in the preseason poll.  The Hawks have a number of key contributors back for 2019 and looking to make some noise in the league.  They were close to winning some games last year and hoping to reverse their fortunes this year.

California is a solid team and will take care of business on the road.
Prediction:  California 45 St Anselm 17

Bentley was picked to finish in a tie for fourth in the NE-10.  The Falcons should be able to score points with some of their weapons back in the fold.  The defense will need to step up and slow down one of the best offenses in the PSAC.

West Chester is the favorite to win the PSAC East.  The Golden Rams are always solid on both sides of the ball and feature an explosive offense.  The defense will stuff the run and limit big plays.

West Chester will have the home-field advantage, but this matchup will be much closer than the past several years.

Wesley enters the game as the favorite to win the NJAC in 2019.  They are coming off of a 7-4 season that saw them with an ECAC bowl game to close out the season.  They put up 33 points per game in 2018 and will look to throw the ball all around the field.

Franklin Pierce enters the Division II football world after several years at the sprint level.  The Ravens will jump right into the fray and play a tough 2019 schedule.

Wesley is a Division III school, but they have a lot more experience than Franklin Pierce at this point.  It is the beginning of the road for the Ravens.

Assumption is slated to finish second in the NE-10.  The Greyhounds have a lot of holes to fill in but are always a competitive team.  They will score points and need to find a way to slow down the opposing offense.

Kutztown was predicted to be in third place in the PSAC East.  The Bears are coming off a solid 2018 season and hope to build momentum into this season.  They will look to have a balanced offense and make plays on the defensive side.

Kutztown pulled off a huge upset last year on the road and will find a way to win at home this year.

Bowie State was picked to win the CIAA North and then win the CIAA title in 2019 by the league coaches.  The Bulldogs have a solid defense that is very tough to move the ball against.  The offense can move the chains and punch it into the end zone when needed.

American International was picked seventh in the preseason poll for the NE-10.  The Yellow Jackets are still trying to jump-start a program that was at the top of the league year in and year out.  The coaching staff is hoping that 2019 is a turnaround season.

Bowie State is the better team and will take care of business on the road.

New Haven is the favorite to win the NE-10 this year in the opinion of the coaches.  The Chargers are coming off a 2018 season that saw them make the second round of the playoffs.  They have weapons back on both sides of the ball and should be in the mix to play in the postseason.

IUP is slated to finish third in the PSAC West.  The Crimson Hawks have a lot of starters back from 2018 and looking to improve upon last year.  Their defense is always big and physical, and the offense will wear down the opposing defense.

This is the marquee matchup of the weekend and will live up to the billing.  Both teams are good and it will come down to late in the fourth quarter.

Stonehill was picked sixth in the preseason poll.  The Skyhawks are looking to overcome a frustrating 2018 season and put together 60-minute performances.  They have some playmakers on both sides of the ball.

Bloomsburg was picked to be fifth in the PSAC East.  The Huskies struggled last year before rebounding to finish above .500 on the season.  They will look to run the ball on offense as they have talented running backs and big offensive linemen.

This has been a solid matchup over the years, but Bloomsburg will establish the run early and often.