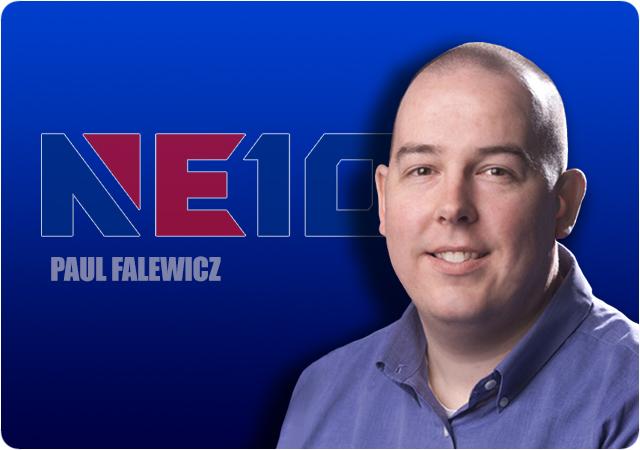 One tough week in the books for the NE-10.  This week brings a bunch of non-conference games that have that conference feel.

Southern Connecticut fell to Gannon 14-7.  Their defense was very strong, but the offense didn’t get going until the game was late in the fourth quarter.  They drove into the red zone in the final minute but were not able to get the tying points.  For the Owls to win on the road, they will need to play 60 minutes on both sides of the ball.  The offense needs to move the chains early and often.

Pace dropped a 21-20 matchup to Millersville.  It was the tale of different streaks in the game as the Setters scored 17 straight in the middle of the game but allowed 14 points in the second half to drop their opener.  For the Setters to win at home, they will need to play more consistent.  They need to shut out the preseason hype and play to their capabilities to show that 2018 was not an abrasion.

Both teams will play better than Week 1 and Pace will have a late scoring drive that will win the game.

Bentley dropped a tough one on the road to West Chester 14-7.  The Falcons caused five turnovers but were not able to take advantage.  The offense outgained the Golden Rams but fell short on the scoreboard.  For the Falcons to win on the road, they will need to punch the ball into the end zone against a good AIC defense.  Their own defense needs to pressure and continue to create turnovers.

American International fell to Bowie State 34-20.  The Yellow Jackets struggled on both sides of the ball but excelled in special teams.  A blocked punt led to a score and another led to a short touchdown drive.  For the Yellow Jackets to win at home, they will need to find consistency with their offense.  The line needs to give the quarterback time to get the ball into the hands of the playmakers.

Bentley will grind down the American International defense and win on the road.

Thoughts:  Looking for their first win

Curry lost in their home opener 34-0 to Stevenson.  They only managed 203 yards of total offense and kept out of the end zone.  For the Colonels to win on the road, they will need to find some rhythm on both sides of the ball.  The offense needs to move the chains and the defense needs to make some stops.

Franklin Pierce fell in their Division 2 debut 69-0 to Wesley.  The Ravens struggled in their opening game and have nowhere to go but up.  They will have another week to mature and work on their game plan.  For the Ravens to win on their home turf, they will need to play beyond their years.  The offense needs to move the ball and the defense needs to come up with some stops on third down.

This game will see both teams struggle to score but Curry is the more experienced team and find a way to win on the road.

Thoughts:  Both teams looking for redemption

Saint Anselm lost to California 59-13 last Friday night.  The Hawks struggled with turnovers and that is not a good recipe against a solid team.  The offense was only able to convert one third down try on 14 chances.  But the offense turned the ball over seven times in the defeat.  For the Hawks to win on the road, they will need to move the chains and not give the ball away.  The defense will need to contain the Assumption playmakers and not allow them to make any big plays.

Assumption fell on the road 54-16 at Kutztown.  The defense allowed over 200 yards of offense in the first quarter and a 21-0 deficit.  The Greyhounds started to rally in the second but not able to slow down the passing game of the Bears.  For the Greyhounds to win at home, they will need to find a way to move the ball and punch it into the end zone.  The defense will need to forget about last week and focus on the next play.

Assumption is at home and will put on a good show for their fans.

Thoughts:  Best match-up of the weekend

New Haven lost on the road to IUP 24-13.  The Chargers fell behind early and were never able to recover.  They turned the ball over too many times to defeat a good team on the road.  The defense held their own and looks to be the strength of the team.  For the Chargers to win on the road, the offense will need to take care of the ball and not turn it over.  The defense needs to contain the mobile quarterback and get off the field on third down.

Stonehill defeated Bloomsburg 33-14 to open the season in style.  The Skyhawks were solid on both sides of the ball including a more wide-open offensive attack with two quarterbacks moving the chains.  For the Skyhawks to win the game, they will need to repeat their Week 1 performance.  Offense moves the ball, gets into the end zone and confuses the defense.  Their defense needs to tackle the ball carrier and prevent the big play.

This match-up is always close and decided in the final minutes.  Expect the same this weekend.