Players of the Week - Week Five 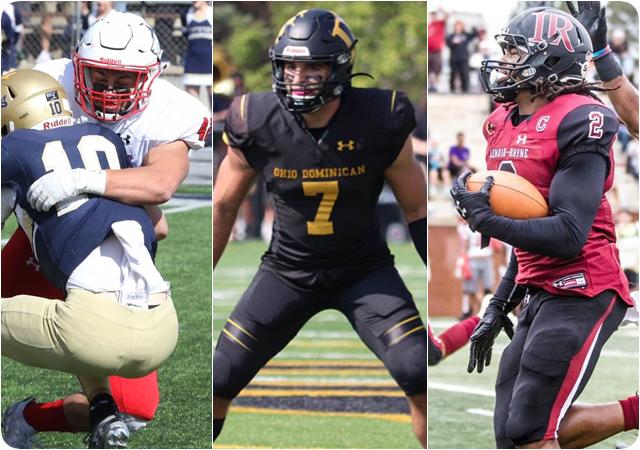 Bolles wins the award for the second time this year. He set a school record with seven touchdown passes in a 71-42 win over Missouri Southern. He was 25-of-36 through the air for 421 yards. He added 39 yards on the ground.
Defense
James Maxie
Linebacker
CSU-Pueblo

Maxie dominated in a 21-13 win over South Dakota Mines. He made 17 tackles in the game with 6.5 tackles for loss. Among those tackles for loss were 4.5 sacks for a loss of 24 yards.
Defense
Alessio Amato
Linebacker
Ohio Dominican

Amato picked off three passes, returning one for a 44-yard touchdown in Ohio Dominican's 56-10 win over Alderson Broaddus. His three interceptions tie a GMAC record while his total of 98 yards is the new conference record. He also had seven tackles with two tackles for loss.
Special Teams
Kyle Dugger
Return Specialist
Lenoir-Rhyne

Dugger scored on two punt returns in LRU's 63-6 win over Virginia-Wise. His first return was 68 yards while he second return was 67 yards. He averaged 45-yards per return.