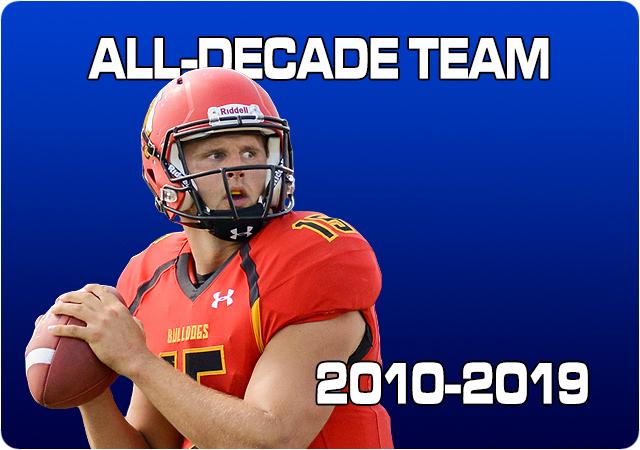 D2Football.com has announced the 50 players and the coach that have been selected to the 2010-2019 All-Decade Team.

To be eligible for the team, a student-athlete must have played during any season from 2010-2019 but must have completed his eligibility prior to the 2020 season. He must also have been named a D2Football.com All-American in that time period.

The GLIAC had the most selections (10) followed closely by the MIAA (9). Ferris State and Northwest Missouri each had three selections (one coach for Northwest), which were the most by any program.

At the time of publication, 35 of the players on the team had made an active roster in the NFL. Sixteen of the members of the team had been drafted by the NFL. Three members await the 2020 NFL Draft. While participation in professional leagues creeped into the deliberation process, the student-athletes are on this team because of their accomplishments on the collegiate football field.

Adam Dorrel was the obvious choice for the coach of the team. He won three national championships at Northwest Missouri and had a 76-8 record (.904). From 2013-2016, he won three championships and only lost two games.