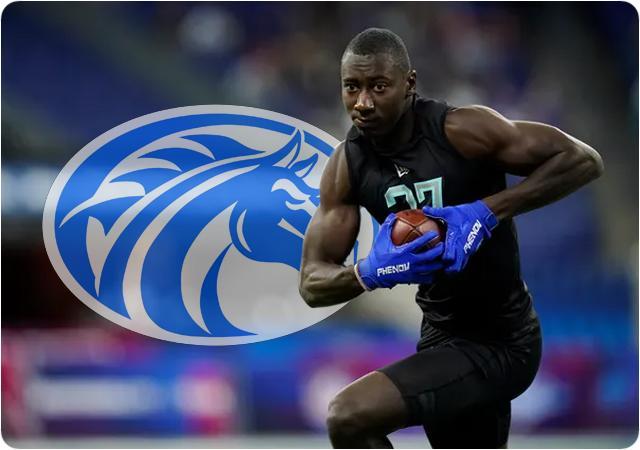 In the sixth round, cornerback Gregory Junior made history by becoming the first ever Ouachita Baptist player to be selected in the draft. Junior went to the Jacksonville Jaguars with the 197th pick. Moments later, Northwest Missouri State defensive lineman Sam Roberts became the Bearcats' seventh draft pick in school history. Roberts was taken at pick #200 by the New England Patriots.

In the seventh and final round of the draft, two more Division 2 athletes heard their names called. Lenoir-Rhyne wide receiver Dareke Young was chosen by the Seattle Seahawks at pick #233. Young was the only offensive player to be drafted from a Division 2 school and is also the second Lenoir-Rhyne athlete to be drafted in the last three years. Valdosta State defensive back Christian Matthew closed out the Division 2 draft day with his selection by the Arizona Cardinals at pick #244. Matthew is Valdosta State's sixth NFL draft selection.

Immediately following the conclusion of the draft, many Division 2 players were signed to undrafted free agent contracts, highlighted by Ferris State's national championship winning quarterback Jared Bernhardt, who was signed as a WR / KR by the Atlanta Falcons.

Here is the latest update to Josh Buchannon's top 25 D2 prospects (last updated 5/2/2022, 8pm, ET). Many more D2 prospects have also signed contracts or accepted rookie camp invitations. We will do our best to compile a complete list when possible.