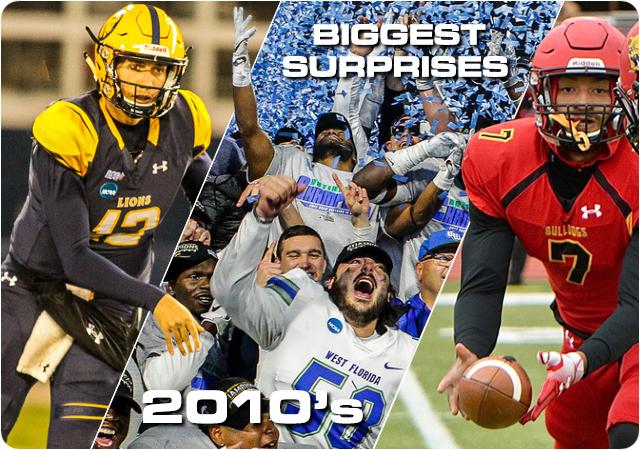 Imagine you are having a discussion with a friend in 2010.  Division II Football is the subject.  You are both making predictions about what would happen in the next decade.

Predict the MIAA and GSC would win the majority of the championships?  That’s not surprising at all.

Predict that quarterbacks and running backs would continue to win the Harlon Hill Trophy?  That’s not surprising either.

Predict Wayne State (Mich.) would play in the national championship?  There's no way that would happen!

So what were the most unpredictable things that happened in the 2010 decade?  Let's take a look.

Not much needs to be explained here.  The photo says it all.

The conditions appeared to be even more difficult than the 1989 championship game in which the final score was 3-0.

The conditions might have been better had Sporting Kansas City allowed mechanized clearing of the field.  Instead, the crew was left to do their best trying to clear lines with leaf blowers.

In a reversal of fortunes from past years, when the championship was hosted at the Lions' home field in Florence, fans from North Alabama were unable to reach the title game due to treacherous travel conditions. 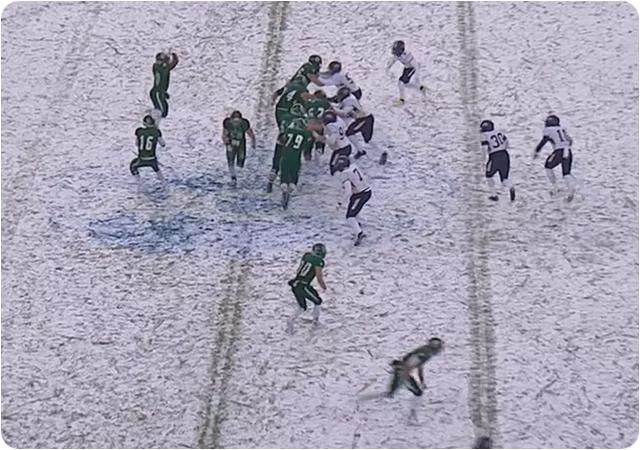 After the 2009 season and his third national championship, Mel Tjeerdsma had clearly established College Football Hall of Fame credentials.  When he retired at the end of the 2010 season, a decline in the program was predicted by many.

After all, Northwest Missouri was, at best, an average program before he arrived.  Those predictions seemed even more likely when successor Scott Bostwick died following a heart attack without coaching a single game,leaving the program in the hands of offensive coordinator Adam Dorrel. Nobody could have predicted that the program would would achieve more than it ever had before. 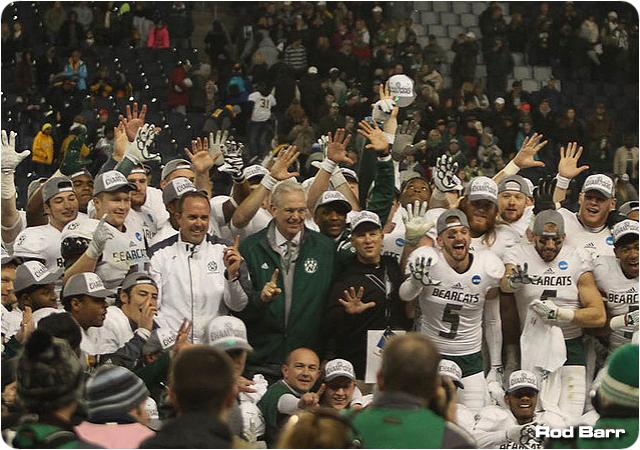 After formal organization of Division II in 1973, the first 13 championship games were played in five different locations.

But in 1986, the game found a long term home in Florence, Alabama.  For 28 seasons, the Shoals was the host of the D2 title game.  In spite of a great effort by the Shoals National Championship Committee and an effort to make stadium improvements, attendance declined in the last decade and a new home for the championship game became a possibility.

That new home ended up being Sporting Park in Kansas City, Kansas.  The games in Kansas City drew an average of 9,195 fans, including an all-time high of 16,181 in 2015.  But the rug was quickly pulled out from under the NCAA.

Luckily, McKinney, Texas stepped up on very short notice and did a great job hosting the game.  The attendance is not yet where it needs to be, but they have done a fine job hosting the teams. 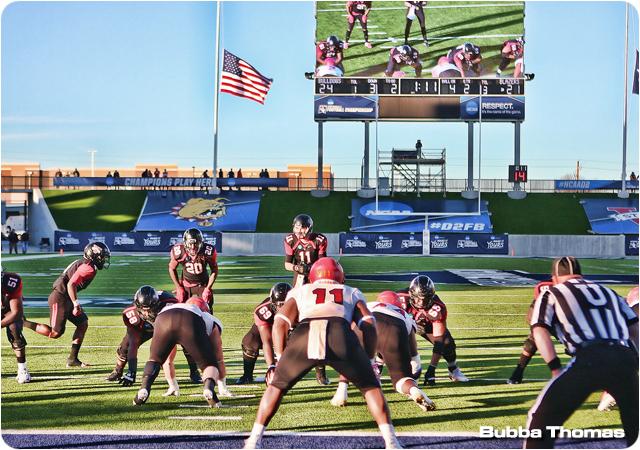 Minus Grand Valley's three-year run in the region, the league won the region seven out of 10 times. After the GLIAC was moved out of SR1 in 2004, the PSAC rolled to six straight regional championships. They finished 16-9 in the playoffs against non-conference teams in the regional portion of the playoffs.

The MEC won the region five times in the 2010’s.  The PSAC’s grasp on the region was loosened and the conference only advanced three times.  The CIAA represented the region twice. 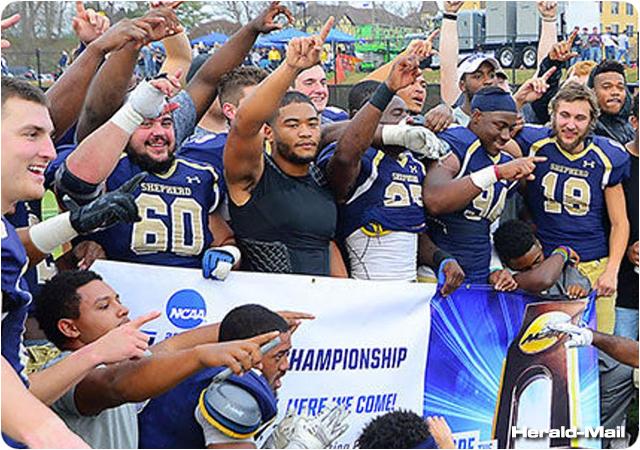 The 2010 season was a great one for the Warriors, but their 9-2 record was not good enough for selection to the playoffs that year.

2011 would deliver a magical season for Wayne State football.  The Warriors finished the regular season *8-3.  In spite of the fact that a 9-2 record was not good enough to get them into the playoffs the previous season, eight wins were enough to get a spot in 2011.  Any playoff game they played, however, would be on the road.

They followed a 48-38 win at St. Cloud with a 38-14 dismantling of Nebraska-Kearney.  WSU was able to upend the defending national champions, Minnesota Duluth, 31-25 to win the region and a 21-14 win over Winston-Salem State put the Warriors in the championship game.

Unfortunately for the Warriors, that’s where the magical run ended.  Pitt State won 35-21.

What happened from 2012 to 2019?  The team finished 43-44 in that time period.  While it was a little better than the previous decade, the Warriors have not been able to duplicate their 2011 success.

*Edited to correct WSU's record, which has previously been reported as 7-3. 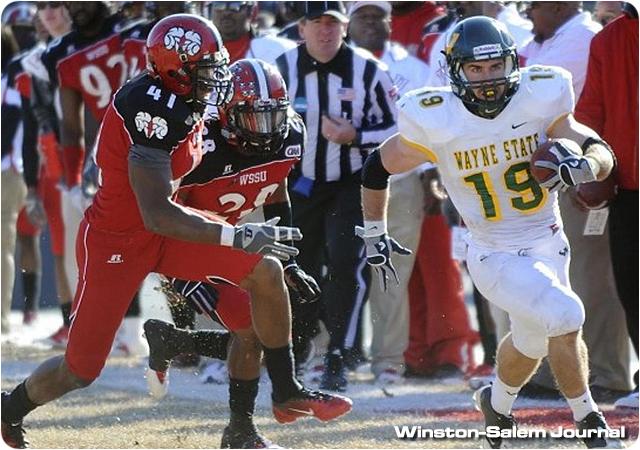 East Texas State (TAMUC) had some moderate success in the early 1990's.

From 1996 to 2009, the Lions were less than stellar.  The program compiled a record of 60-88 in that time period, while West Texas A&M and Midwestern State were emerging as the dominant powers in the Lone Star Conference.

How did TAMUC do after Carthel left?  David Bailiff had the Lions back in the playoffs in 2019, winning two playoff games before falling to Minnesota State. 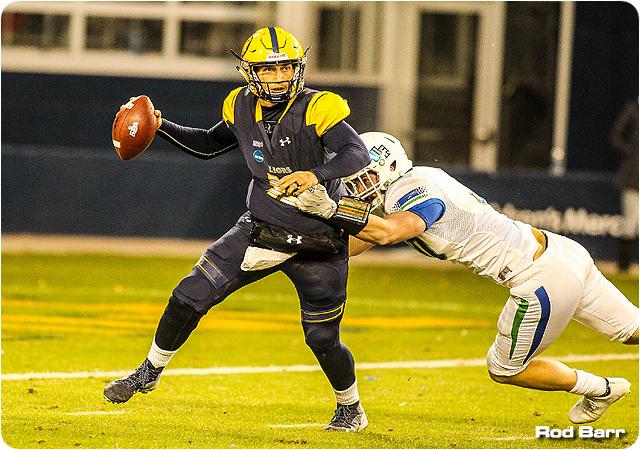 In 1989, Pittsburg State joined Division II and made the playoffs in nine consecutive seasons and 16 of their first 20 as members of D2.  In the seasons they missed the playoffs, they finished 7-2, 8-3, 10-2, and 8-3.  They truly earned the right to be called one of Division II’s elite programs and have national title expectations every year.

Legendary coach Chuck Broyles resigned after a sub par season in 2009.  His successor, Tim Beck, seemed to have righted the ship in 2011 when the Gorillas made it back to Florence and won the national championships.  But few could have expected that the Gorillas would not capitalize on that momentum.

Pitt followed the championship season with a seven-win campaign and would only make the playoffs once more in the decade.  Although the Gorillas never suffered through a season with a losing record, the expectations in Pittsburg are much higher.  Making the playoffs only twice in his 11-year tenure as the PSU coach eventually cost Beck his job.

Former Toledo offensive coordinator Brian Wright was hired in December of 2019.  He will be tasked with returning the Gorilla program to the playoffs and beyond. 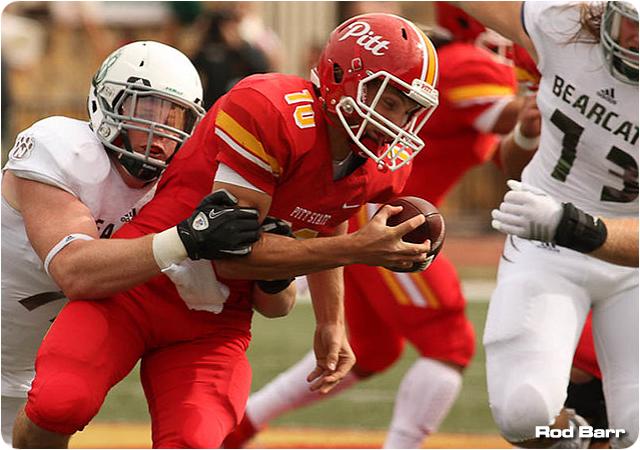 The Lakers still won four conference championships in the 2010’s, but only two have come since Tony Annese arrived at Ferris State, who has led the Bulldogs to the top of the conference.

They have won four of the last six GLIAC championships and finished second the other two seasons.  In those same four years, GVSU has finished first, second, third, and fourth. 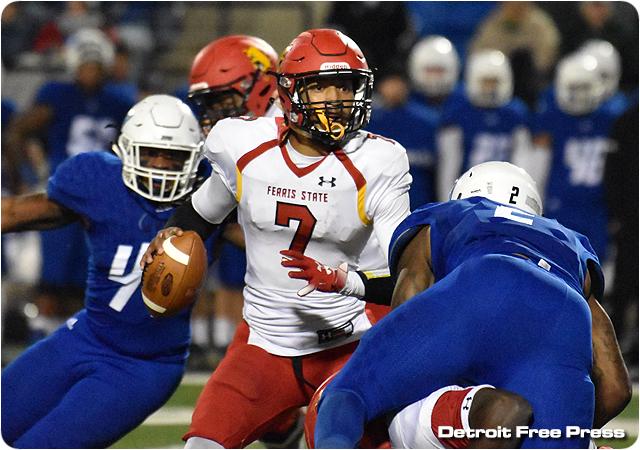 When West Florida announced that football would be added, not many doubted that the Argonaut program would eventually become a player at the national level.  However, no one thought it would happen as soon as it did.

On Wednesday, September 4, 2016, West Florida had not played a varsity football game.

On December 16, 2017, they played in a national championship game.

On December 21, 2019, they were crowned national champion.

Pete Shinnick was able to win five games in his first year as coach of the Argonauts and hasn’t been below .500 season since.  One thing left to do?  Win the Gulf South Conference.  It’s the one accomplishment yet to be checked off the list.

The timeline of West Florida’s ascension was incredible.  Only the fact that Florida is so talent-laden, evidenced by the fact that North Alabama had long recruited the area as a national power, keeps their stunning achievement from the top spot. 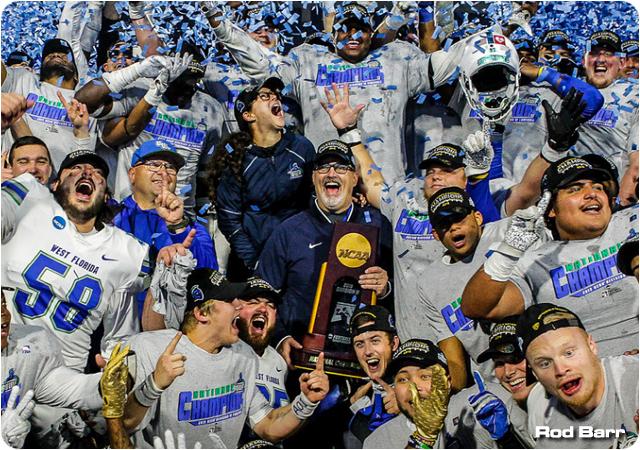 The RMAC officially became a Division II conference in 1992.  For the remainder of the 1990’s, the conference did not record a single playoff victory (0-6).

Colorado Mesa finally got the conference on the board with a playoff win in 2000, but the conference has largely been on the wrong end of the score.  In fact, prior to 2014, the RMAC had a collective 7-23 (.233) record in the playoffs.

But the 2014 playoffs were different.

After receiving a first round bye, CSU-Pueblo dominated Angelo State in the second round, 52-14, and followed that up with a 31-28 win over Ohio Dominican.  In the semifinals, they were able to hold off a tough West Georgia team 10-7.  In the championship, the first held in Kansas City, the Thunderwolves recorded only the fifth shutout in championship history, and the first since 1997, with a 13-0 win over Minnesota State.

How unlikely was the CSU-Pueblo run?  Even if one includes the 2014 playoffs and all of CSUP’s playoff success before and after, the conference has a 16-31 (.340) record against non-RMAC teams.  Only once has the conference been able to reach the quarterfinals since then.

CSUP has become one of the most successful programs in the country, but their 2014 playoff run remains the most surprising things that happened in the 2010 decade. 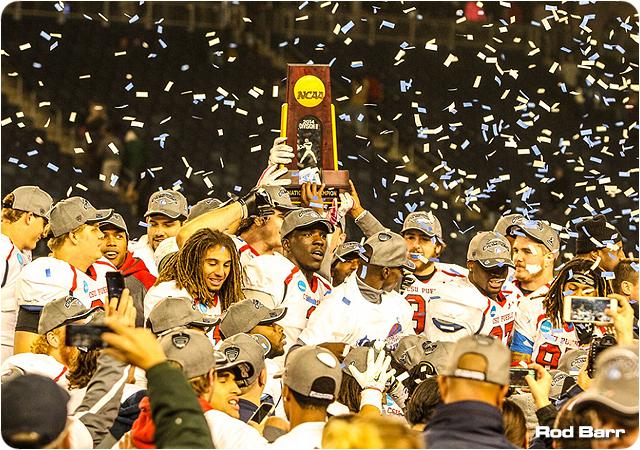