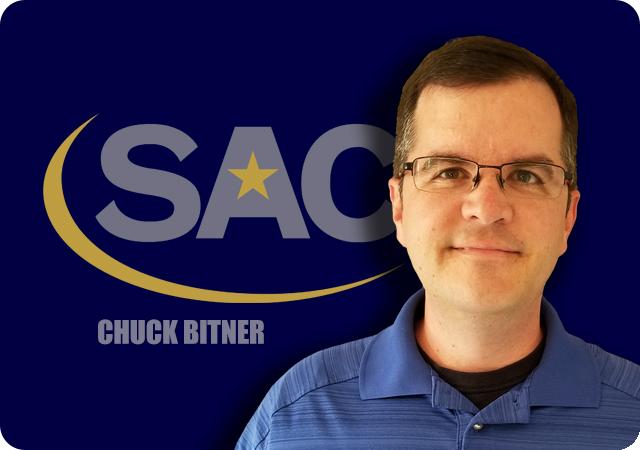 The world certainly is an interesting place right now. It’s stressful, busy and chaotic yet at the same time, mundane, repetitive and some days, boring. Quite bizarre that it can be all those things at the same time, epecailly as we approach the July 4th weekend.  But welcome to life in the year 2020. Given the numerous things demanding our time and attention, I certainly can’t blame you if you’ve been off the grid from a football perspective. To that end, I thought it would be a good time to catch up on a few things in the world of D2 college football. The first half of this column is related to the overall impact of COVID-19 on our beloved world of D2 football and the second half is dedicated to news in my home conference, the SAC.

On May 19, The Division II Presidents council announced updates to the maximum number of games that can be played and the minimum number required for championship eligibility. Changes were announced for all sports and apply to the 2020-2021 academic year only.

For football, the maximum number of games a team may play in the regular season is now 10. This is a small reduction from the previous number of 11 but it could result in some programs having multiple opponents needing to cancel contests. To avoid punishing teams that may lose more than one date, the minimum number of games required for post season eligibility has been reduced to seven.

At first glance, it would seem easy for Division II or the individual conferences to just eliminate week one from the schedule. The season could start Sept. 12 and run for 10 weeks. But its not quite that simple. For starters, there are several D2 teams that already had a 10 schedule and two conferences (CIAA and SIAC) that mandate a 10 game max, with the season ending one week earlier than the rest of Division II. There is no need to make those teams jump through hoops if they already had a schedule that fits the new requirements. The other problem with dropping week one (or any entire week) from the calendar is that several D2 teams are playing FCS programs. The payouts from those games will be more critical now than ever before. Forcing a team to cancel a D1 opponent is not a good option.

In some conferences, schools are being given control of their schedule so there are still a lot of things we do not yet know. Here are a few confirmed actions from conferences that we do know of…

No changes to fall championships

NCAA Division II has announced that there are no planned changes to the fall championships. This is very good news but I still think its possibel the situation could change. From a cost savings perspective, I anticipated a reduction in the number of participants for the football championship, which is currently 28 teams. I think a one year reduction to 16 would be a good option to save money and shave two weeks off the tournament schedule but I’m happy with no changes.

My thoughts on football amid the pandemic

Many people have asked me if I think we will have college football in the fall. Unfortunately, I really don’t know. In my opinion, having sports in the fall depends completely on campuses being open to students and faculty. Nearly every college and university is planning for that, but localized COVID outbreaks remain a possibility and could shut down any campus at any time. How that would impact athletics for an individual school is unknown. I would find it hard to justify having athletes on campus for sports if it is not safe enough for the student body to be present but every situation will be unique.

What we're seeing so far is everyone's Plan A. I hate to be pessimistic, but I don't feel good about Plan A in most cases. COVID is not trending well in many parts of the country and that might mean pushing back the opening of campuses, which in turn could push back the start of the fall sports season. Some conferences like the Ivy League are reportedly considering an abbeviated schedule that would not begin until late September and run for only 7-8 weeks. I think that is a realistic option for most of Division II as well and it may come to that. Again, I hate to be pessimistic but I don't think we have seen the last of schedule changes. It is going to be a very fluid situation.

It is also being reported that the Ivy League may even consider moving football to the spring, playing a conference only scheduled in April and May. That might be possible for them but I don't think its realistic and definitely not feasible in division II. Facility limitiations would be an issue but beyond that, Division II athletics departments do not have the staff to support the normal spring schedule with fall sports on top of it and who know if they could muster the officiating staff to pull it off.  I like the creative thinking to do everything possible to salvage sports, but shifting fall sports to the spring is not feasible for most the college sports community.

Based on how things have gone over the last few months, I can draw only a few definitive conclusions…

One additional note regarding number 2 above…according to a quote in this article from the athletics director at Division III Emory & Henry, it costs $100-$125 per test for COVID-19 screening. If that is relatively consistent across regions,  that makes it financially impossible for an athletics department to routinely test student athletes and staff.

Wow. That’s a huge number. To be eligible for this distinction, a student must have participated in a championship sport and maintained a cumulative GPA of 3.30 or higher. Many SAC institutions reported record numbers of student-athletes earning this recognition. The full list of honorees can be found here. Congratulations to every one of them.

Lenoir-Rhyne defensive standout Jaquan Artis was named SAC male athlete of the year on June 17. Artis had previously been named SAC football defensive player of the year, All-American by multiple outlets and finalist for the Harlon Hill and Gene Upshaw awards. Congratulations Jaquan!

Wingate Offensive lineman Andrew Strickland was one of two SAC student-athletes to earn a postgraduate scholarship from Bob McCloskey Insurance. Strickland was an accounting major holding down a 3.75 GPA and the right tackle position on the offensive line. He was one of only three Division II football players to be named both an academic and athletic All-American. Amazing accomplishment.  Congratulations Andrew!

Limestone College will officially become Limestone University on July 1. The Drive to University program was announced in April, 2018 and the name change occurs during Limestone’s 175th anniversary year.

Carson-Newman brought home numerous awards from the College Sports Information Directors of America Publications and Digital Design Contest. As an entire department, Carson-Newman sports information is top notch and easily among the best in Division II (trust me, I spend A LOT of time on D2 athletics websites.)  These awards are well deserved and a reflection of the commitment the University makes to high quality athletic communications. Congratulations, Eagles!

During the pandemic shutdown, SAC leadership has hosted two virtual meetings that were open to anyone. Commissioner Patrick Britz opened the meetings with COVID related updates from around the league and the NCAA and then addressed all questions submitted by viewers. As a SAC stakeholder, I certainly appreciated the transparency and having an open platform to ask questions. All conferences should be doing this for their communities. If you missed the first two sessions, you can catch the replays at the links below. A third session is scheduled for Wednesday, July 8.

Following the opening of the state-of-the-art Ammons Field House in 2019, Mars Hill is continuing to enhance and update its facilities this summer. New lights were installed in May and judging by the photos that have been shared, they are impressive. The Lions don’t play many night football games but the new lights make the option considerably more tempting. A new artificial turf playing surface is being installed in June and will be ready for fall sports practice. Good things happening on the Hill for Mountain Lion student-athletes. Visit this link for photo updates.

Catawba is making the switch from natural grass to artificial turf. The conversion has been happening throughout the month of June and the project is nearing completion. The new surface will be a two-tone green, alternating every five yards, will sport blue end zones with Catawba logos and showcase the school logo at midfield. Catawba’s change in direction will leave Tusculum and Wingate as the last remaining SAC schools with natural grass. Click here for a peek at the new surface.

The Melvin and Dollie Younts Athletic Performance Center is taking shape in the north end zone of Newberry’s Setzler Field. The facility will house a 3,000 square foot weight room, athletic training space, officials’ locker rooms and public restrooms. The Younts Center is expected to be ready for the fall sports season. This will complete phase one of the scheduled updates with an additional field house planned for phase two in 2021. Here is a photo from the latest update.

That’s all for now. I am sure I missed a lot of things but its challenging to keep up right now. If you are aware of anything that would be useful to add for a follow up  column, email me at [email protected]. News is overwhelmingly bad right now, so give me some positive things to mention too!