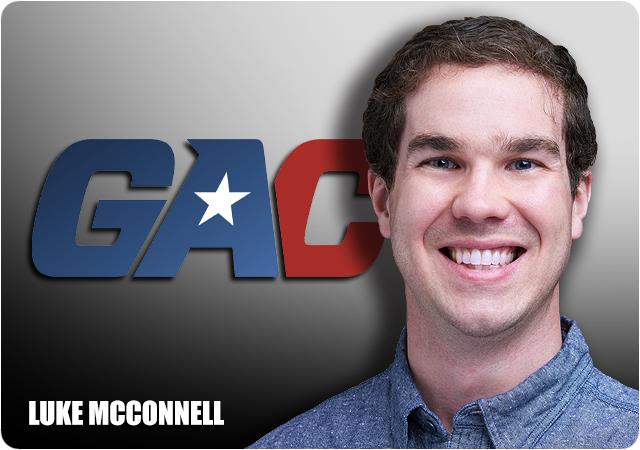 It’s pretty much impossible to believe, but we’ve reached the end of the GAC regular season. We wrap up the season with rivalry week across the conference, and several of these matchups promise to be quite fierce as always.

First, a quick check on the race for the playoffs. Ouachita Baptist remains No. 4 in Super Region Three, with Harding sitting at No. 8. The Bisons probably won’t help themselves tremendously with this week’s game against Arkansas Tech, so they’ll need some help to see the teams above them drop a game this week.

Here’s a look at this week’s GAC Players of the Week.

Here’s the slate for rivalry week. We’ve rattled off three straight perfect weeks. Can we make it four to close the year?

Game of the Week: No. 3 Ouachita Baptist at Henderson State

The Tigers clinched the GAC title last week in Durant, so this doesn’t have championships on the line, but there will be no shortage of emotions when the Tigers walk across the street to Carpenter-Haygood Stadium to take on the Reddies.

On paper, this is a great matchup for the HSU run defense against TJ Cole, Kendal Givens and the Ouachita rushing attack. The Reddies give up just 137 yards per game. TJ Cole averages more per game on his own, with the Tigers averaging 318 per game. Needless to say, the Reddies will have to lower that number considerably to have a shot at upsetting the Tigers. However, there’s always the possibility Ouachita takes advantage of HSU through the air, an area where the Reddies have given up more yards than anyone in the conference this year.

Offensively, Henderson State is one of the most balanced teams in the conference, joined by Southern Arkansas as the only teams to average at least 200 yards rushing and passing per game. Look for wide receiver Xavier Malone to get his on Saturday, but the question will be if anyone else can step up. Southeastern receiver Marquis Gray had a tremendous game last week against the Tigers, but he got no support on the ground. The Tigers were able to smother the Savage Storm in the second half and win comfortably. The Reddies ground game is significantly better than SEOSU’s, so that poses more issues for the Tigers’ defense. Andrew Edwards will be playing in his first Battle of the Ravine, so nerves could be a factor. Early success to build confidence will be crucial.

The past two meetings of these teams have been terrific games, and I expect the same on Saturday. However, I think the Tigers are just a bit better across the board than Henderson State, so I expect the same result to hold this week.

There’s a lot of spiciness in this rivalry, highlighted by East Central’s win in Durant last season. This year’s matchup is the last one for a lot of guys on both rosters, so you better believe the emotions will be high.

On the field, it will be interesting to see what the ECU defense is able to do against Daulton Hatley, Marquis Gray and the Savage Storm offense. You could argue the ECU defense has the most impressive defensive performance of the season, putting up a great fight against Ouachita Baptist two weeks ago in a close road loss. They’ll certainly be tested by Gray and the deep group of receivers at Southeastern, but ECU has allowed just under 160 yards per game through the air this season. The Tigers have also been extremely opportunistic at forcing turnovers this season, with 25 takeaways to their name.

Southeastern’s defense got roughed up a bit by the Ouachita rushing attack in the second half last week, but over the second half of the season, the Savage Storm have been really good defensively. The Tigers’ offense has been efficient this year, but it’s not built for high-scoring affairs. In fact, ECU has scored the third fewest touchdowns this season in the conference with 33, and average 27.5 points per game. There’s plenty of balance between the ground game and passing attack, but big offensive outputs have been few.

Overall, I think these teams are pretty evenly matched. I think the skill position players for Southeastern are an advantage for the Savage Storm, and I think that’s what leads to an SEOSU win.

Arkansas Tech at No. 17 Harding

The Bisons have quietly crept into the playoff picture, in large part to the fact their two losses are very close to two very good teams in Ouachita Baptist and Henderson State. A win over the Wonder Boys isn’t going to do much to push the Harding into the final playoff spot, but the manner in which they win might at least help the cause. Overall, the Tech defense hasn’t been bad this year. They’re right in the middle of most statistical categories, so they’ll have a chance to limit the Bisons grinding ground attack if they stay disciplined on their reads. They also have to make sure they don’t become susceptible to the few passes the Bisons are sure to throw their way.

The Harding defense has allowed a few more big outputs than usual this year, but they still lead the conference in total defense and rushing defense. Quarterback Jack Grissom has done a great job for Tech this year, but I struggle to see him picking apart the Bisons and opening things up for the run game. If you look at the season numbers, the Wonder Boys have really struggled against the teams with stout run defenses this year.

Harding has a lot to play for on their home field, so I expect the Bisons to come out and win handily on Senior Day.

You have to feel bad for the Weevils. A promising start to the season was followed by a slide that has not stopped. UAM has lost its last six and the loss of quarterback Demilon Brown simply compounded the problems for a team that looked really good at the start of the season. Perhaps the Weevils can call upon their excellent secondary to force some turnovers against SAU quarterback OB Jones and steal a victory over their rival.

Southern Arkansas’ offense has been really good this year after finding some consistency about halfway through the season. Jones has been good throwing the ball and Jariq Scales has once again been terrific out of the backfield. Defensively, the Muleriders have plenty of issues, but I don’t think Monticello has enough firepower to exploit anything.

Southern Arkansas goes on the road to get the win to close Brad Smiley’s first season in Magnolia.

The Bulldogs come into the final game of the season on a five-game losing streak, but off a strong showing in their loss to Harding last week. It’s been a disappointing second half of the season for SWOSU, which was in a dogfight early with Ouachita Baptist back on Oct. 8. Since halftime of that game, it’s been a whole lot of bad and all losses. However, they’ll get their rivals at home this week with the opportunity to end the season on a positive note.

NWOSU has been plagued by injuries all season, particularly at quarterback. In order for the Rangers to pull of the upset against the Bulldogs, they’ll need their defensive line, led by Brian Holliday, to really make an impact on the game and harass SWOSU quarterback Tylan Morton into making mistakes. I think the Rangers could find some success against a Bulldogs defense that hasn’t been very good in the midst of this losing streak.

The Bulldogs should be able to put up points on NWOSU if the offensive line can keep Morton clean. The Rangers are last in the league against the run, an area Southwestern hasn’t been great at this year. If the Bulldogs can find success there early, it may open things up for Morton and his receivers.

There’s been a lot of positives overall in Josh Kirkland’s first season in Weatherford, and he’ll end his debut season with a win.

You’d be hard pressed to find a team more ravaged by injuries this year than Oklahoma Baptist. The list is long and it’s highlighted by the fact the fourth-string quarterback Amari Jessie is in line to start on Saturday against the Crimson Storm. As detailed in this column earlier this season, the Bison’s fall from offensive powerhouse to worst in the league has been pretty shocking. They’ll have an opportunity against SNU to move the ball and put up points, but that won’t matter if their defense can’t stop SNU Gage Porter.

The Crimson Storm are gunning for their best season in the Division II era of the school, so there’s plenty of motivation to put a beatdown on their rival. In fact, the Crimson Storm are a failed two-point conversion attempt and a few too many turnovers away from us discussing the possibility of a bowl game for this year. What a year it’s been for SNU, particularly on offense, where the Crimson Storm are fourth nationally in rushing offense and lead the nation in yards per carry.

There’s a lot of pent-up frustration for SNU against the rival Bison, who have won four straight in the series. That streak ends on Saturday.