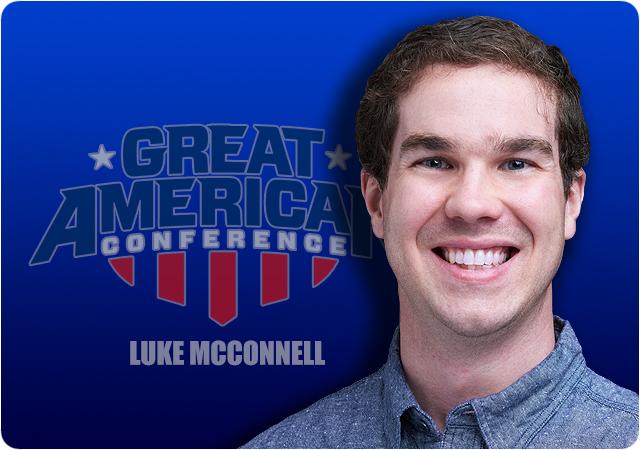 Week two in the Great American Conference provided some clarity for the rest of the season, and some surprises as well.

Given the returners on both sides and the results of last year's contest, the dominance of the Bisons in this one is a bit surprising. Especially after the Savage Storm opened the game with a touchdown drive that took 6:50 off the first quarter clock. It was all Harding after that in vintage Bisons fashion. The home team rolled up 389 yards on the ground and didn't punt all evening.

Down 24-7, Southeastern had a field goal blocked with 7:35 remaining in the third quarter, their second missed field goal of the evening. Harding then put the game on ice with a 14-play, 76-yard drive that took 8:27 off the clock and resulted in a Blake Delacruz touchdown run. Jhalen Spicer led the rushing attack with 101 yards and two touchdowns.

Southeastern was kept out of the red zone on every drive after the game-opening touchdown drive until their final drive of the game, and managed just 282 yards of total offense.

The Reddies were without last week's starting quarterback Landon Ledbetter on Saturday, but it mattered not, as Henderson State cruised past the Rangers.

Andrew Edwards was excellent, going 7-for-9 through the air for 223 yards with three touchdowns. He also chipped in 30 yards on the ground with another touchdown, part of a 211-yard team rushing performance. Korien Burrell led the ground assault with 100 yards and three touchdowns.

The Rangers did get 323 yards passing from quarterback Tanner Clarkson, who tossed four touchdowns as well. However, he was sacked four times, pushing the Reddies' two-game sack total to 10.

On an emotional day in Arkadelphia, the Tigers pitched a shutout against the Crimson Storm, a fitting tribute to fallen teammate Clark Yarbrough, who passed away suddenly Sept. 4.

Offensively, the Tigers gashed SNU for 556 yards, 335 on the ground and 221 through the air. It was a nice bounceback game for quarterback Riley Harms, who was 2-for-16 at Oklahoma Baptist. Saturday, Harms finished 7-of-9 for 146 yards and two scores. TJ Cole led the Tigers on the ground with 14 carries for 154 yards and two touchdowns.

SNU managed just 54 yards rushing against the Tigers and threw the ball 33 times, an uncharacteristically high number of attempts for the Crimson Storm.

Another game that completely flipped after the opening possession. On the first play from scrimmage, OBU quarterback Dayton Wolfe hit Keihlan Harris for a 65-yard touchdown pass. By the time the Bison were lining up for a field goal to close the first half, the score was 40-7 in favor of the Weevils and the result was all but decided.

Monticello put up 282 rushing yards as Jonero Scott and Demilon Brown both crossed the century mark for the second consecutive week. However, the Weevils have their defense to thank for the sheer dominance of the night. Monticello tallied four interceptions, including two pick-sixes and five sacks. The Weevils held the Bison to 158 yards in the first half on 10 possessions after the game-opening touchdown.

Bulldogs coach Josh Kirkland picked up his first win in Weatherford on Saturday as SWOSU scored 10 fourth quarter points to rally and defeat the Muleriders.

Quarterback Tylan Morton, the transfer from South Alabama, was terrific on Saturday, going 26-of-39 for 281 yards and three touchdowns. He also didn't throw an interception and was not sacked after being put on the ground six times at Henderson State last week. Morton also led the team in rushing with 70 yards on 12 carries.

Credit also belongs to the Bulldogs defense. Southern Arkansas did manage 289 yards on the ground, but the Bulldogs harrassed quarterback OB Jones into a dreadful 9-of-24 showing for just 113 yards and two interceptions. They also sacked him twice.

The Muleriders had two chances at go-ahead touchdown drives in the fourth quarter, but the Bulldogs turned them away on downs at the SWOSU 18-yard line with 3:08 to play and an interception on the game's final play.

The biggest surprise in the conference thus far has been the Wonder Boys, who shook off a heartbreaking, double overtime loss at Southeastern last week to knock off East Central at home.

A quick glance at the box score shows a fairly even contest, but the Wonder Boys picked off two Kenny Hrncir passes, which set up Tech quarterback Taye Gatewood with short fields. Gatewood was terrific against his former school, throwing for 157 yards and three touchdowns while also contributing a rushing touchdown.

Arkansas Tech also sacked Hrncir three times and forced East Central to move extremely slowly on offense, limiting the big play. The Tigers ran 87 plays but averaged just 3.6 yards per play and did not find the end zone until just 5:30 remained in the game.