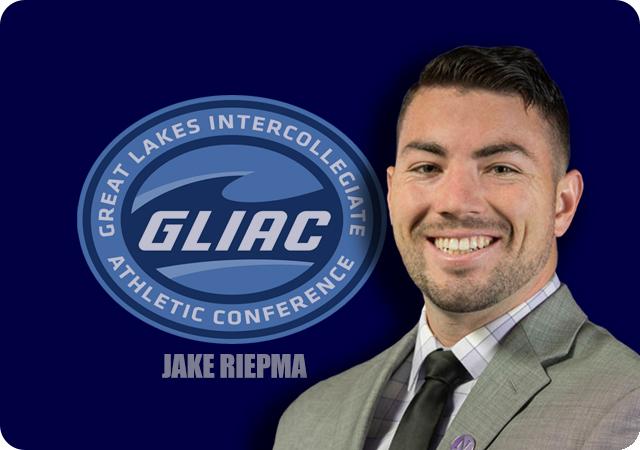 Some highs and lows for the GLIAC in week two of nonconference play which ultimately saw the conference post a 6-3 mark for the day.

Statement wins for the powers that be with Ferris State winning big on the road at Central Washington, and Grand Valley State earning a hard-fought 28-24 comeback win at home against Delta State, but don’t for one second sleep on our other 2-0 teams! Michigan Tech continues its winning ways with another road win over McKendree, and Saginaw Valley State looked dominant at times in their 35-20 win over Tiffin.

Tough days at the office for Northern Michigan, Northwood, and Wayne State with the latter two schools falling to 0-2 on the season while the Wildcats take a step back at 1-1.

A bounce back win for Ashland over Walsh, and the Davenport defense carried the Panthers to victory over Lake Erie in their season opener despite DU’s offense committing three turnovers.

It was a decent week of ‘Pick’Em’ for me going 7-2, and as always, we focus on my shortcomings – I thought Northern Michigan would carry the momentum on the road and Wayne State would bounce back against Truman – wrong on both occasions. It’s not nearly as much fun to point out the seven games I accurately predicted, so I’m not going to do that.

Let’s really switch things up here and start with the night games – No. 2 Ferris State traveled across the country for the NCAA DII Showcase Game of the Week against Central Washington, and boy did they ball out in front of a national audience – 627 yards of total offense translating into 62 points including a 28-point fourth quarter. Safe to say, there’s a big difference with the FSU offense when the reigning Harlon Hill Trophy winner, Jayru Campbell, is calling the signals at quarterback. Campbell tossed three touchdowns and ran for one more and had the luxury of a dominant running game that tallied 356 yards on the ground and nearly seven yards per rush. The offense is alive and well for the number two team in the land, big one for them next week on the road at Ashland.

Grand Valley State played home game number two of seven as they welcomed the Statesmen of Delta State to Lubbers Stadium.  GVSU needed three different 10-point-comebacks to remain undefeated, but alas, the Lakers found a way. Worth noting, two more interceptions thrown by Cole Kotopka before leaving the game with an injury. To the Lakers credit, the offense came alive in the second half after trailing 17-7 at the break, and backup quarterback Cade Peterson who was in for the injured Cole Kotopka settled down after throwing an INT on his first attempt and eventually led two fourth quarter touchdown drives, which proved to be the difference. Several missed opportunities for Delta State including three missed field goals and an empty goal line sequence after the Lakers’ defense held on four straight attempts on goal-to-go from the one. One of those football games you’ll remember for a long time, and fortunately for the Lakers, they’re on the winning side, but I’m sure if you ask anyone on the coaching staff, they will tell you the team can play better. GVSU heads to Northwood next week.

Speaking of Northwood, a slow start in Oiler-land costs NU in a 31-21 defeat at the hands of Findlay. The Oilers struck for 31 points in the first half on three passing touchdowns and one long run to take a commanding 31-14 lead at the break. To NU’s credit, the held Findlay off the scoreboard in the second half and closed the gap to 10 before the final horn, but again, too little too late for Northwood. The Timberwolves fall to 0-2 and will have a tall task next week in hosting Grand Valley State.

Northern Michigan didn’t fare much better in a nonconference away game deep in the heart of Texas at UT Permian Basin, the Falcons outlasted NMU en route to the 40-24 win. The Wildcats did score a go-ahead touchdown early in the third quarter, but the offensive attack from the Falcons proved to be too much. Northern Michigan welcomes Davenport to the Superior Dome next weekend.

Now for the day games – and a palm to the forehead for Wayne State who after being blown out in week one, followed it up by putting themselves in another hole early – Truman State jumped out to a 27-0 first half lead and never looked back. It was really the second quarter that proved to be the unraveling part of the game for WSU – a couple of costly turnovers, and some big plays on offense for the Bulldogs lead to the ugly deficit at the break for the Warriors. A long road trip to Quincy awaits WSU next.

Saginaw Valley dominated early against Tiffin and used a huge blocked field goal return for a touchdown to springboard a 28-0 halftime lead. The only alarming portion of this game for Saginaw Valley State was the 20-points Tiffin mustered in the fourth quarter compared to just the seven for SVSU, but all in all, a convincing 35-20 win. The Cardinals offense once again looks big-time, and now all of a sudden, we’re going to have a showdown between two undefeated teams when SVSU and Michigan Tech get together next week. Now for the important stuff – my uniform critiques. It’s been too long since I voiced my concern with ugly uniform combinations, but fortunately for me, SVSU has given me the opportunity with the red jerseys and navy-blue pant combination – simply put, I’m not a fan. Maybe I am color blind, but the endzones and midfield art at Harvey Randall Wickes Stadium looks like it’s red and black, but the uniforms red and navy blue? Make up your mind – red and black or red and navy? Again, I’m no fashion design expert, but I know an appealing uniform when I see one, and SVSU’s hurt my eyes. I’ll save SVSU fans the trouble and redact my own remarks for you – the product on the field is winning, and that’s all that matters. There, I said it, so you don’t have to! I can’t wait for Michigan Tech and SVSU to play, should be a great game.

While the Huskies of Michigan Tech are fresh on our mind, let’s dissect their second consecutive road win to start the 2019 campaign – a 24-19 victory over the Bearcats of McKendree. Head coach Steve Olson said it wasn’t a pretty game, but of course is extremely pleased to be 2-0 and proud of his guys for overcoming some adversity and beating a good McKendree team. Often times the turnover battle can tell you a lot about a game, and such is the case in this one as MTU forced three McKendree turnovers that lead to important points off turnovers while the Huskies only committed one turnover. Michigan Tech is 2-0 and stop me if you’ve heard this before, but the Huskies will go on the road (only three straight road games to start the season) to face Saginaw Valley State next week.

The Ashland Eagles bounced back in a big way with a 34-12 win over Walsh in a game that was never close. The Eagles controlled from start to finish on both sides of the ball – the offense put together a couple of touchdowns in the first half, and the defense was dominant – Walsh’s only touchdown in the first half came after an interception set the Cavaliers up at the five yard-line. The second half was more of the same with AU’s defense not letting Walsh get anything going, holding the Cavaliers to 1.4 yards per rushing attempt for the game. I’m inclined to believe this is exactly what the doctor ordered for Ashland – a confidence boosting win heading into the much-anticipated week three clash with No. 2 Ferris State.

Last but certainly not least, the Davenport football season started with a win on the road at Lake Erie in a defensive struggle that saw the Panthers’ defense stand tall until the very end in a 13-9 win over the Storm. After scoring on its opening drive, the Davenport offense turned the ball over at inopportune times throughout the remainder of the game, but fortunately for DU, the defense was there to save the day with several big stands, none bigger than the last-second pass deflection at the goal line to preserve a 13-9 win. After the game Coach McEwen said you take the wins anytime you can get them, and I couldn’t agree more – Davenport is 1-0 with plenty to work on, but the 1-0 part must sound nice for the Panthers. They will open GLIAC play on the road at Northern Michigan.

Hurray it’s everyone’s favorite part – the end of the column! Wahoo for conference play starting for most teams this coming Saturday. Oh yeah, less writing for me!

I’m going to start a new tradition with this column – closing with a desperate plea to listen to the GLIAC Football Weekly Podcast, new episodes will be available every Wednesday. So even if you hate me, go listen to the show!