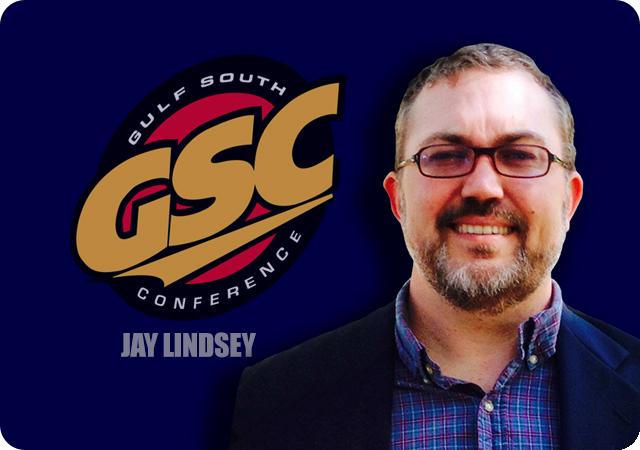 Some great games this past weekend were played by the GSC and it just goes to show you what all we have to look forward to every weekend. The king of the mountain still showed why they are king of the mountain, some others showed that they tough enough to possibly climb on top of that mountain, and a couple of others still have some work to do, but I see a lot of improvement overall for the entire GSC, top to bottom this year compared to last year. We have seven out of nine teams with 2-1 overall records or better. I know it’s early, but that is still impressive to me, so let’s get started and talk some week four why don’t we.

Analysis: The number one Valdosta State Blazers will make that short drive up I-75 to play the Shorter Hawks this Saturday in hopes of making another step towards repeating as National Champions again, but they have to be focused because this Shorter team is much improved in my opinion than last year and coach Zach Morrison has these guys craving for a win. They are desperately searching for it and what better way to break that long losing streak going on three years now than to knock off the best team in the land in front of their home crowd. Keep in mind, however, Valdosta State has this little record as well that they are probably thinking about, well maybe not the players and coaches, but everyone else is including their fans, and that is sustaining that 18 game winning streak. One game at a time though. So, let’s see what we have in this one in regards to matchups. Valdosta State doesn’t have many weaknesses from what I can tell except maybe working on minimizing those penalties again, but that’s about it. Valdosta State’s offense led by the likes of Rogan Wells at quarterback, who is 60 of 77 for 661 yards and five touchdowns, which is above 70% efficiency, can get things going really fast in the air and with his legs. He has Jamar Thomkins in the backfield along with Seth McGill and to throw to he has LC Gallimore and Brian Saunds who are everywhere. If they want to razzle dazzle, they just call on Ivory Durham’s number who I swear reminds me of a Percy Harvin. Shorter will have to figure something out real quick defensively or they will get picked a part like feathers off a turkey. They have a pretty good secondary led by Nehemiah Reddish, but they are going to have to find a way to pressure Wells, and even then, if they don’t put a spy on him, he will be gone. Offensively, Shorter likes to mix it up by running the ball with Tupac Lanier who has a little bit of burst and has gone the distance a time or two along with the passing game of Tyler Pullum who needs to improve in certain areas, especially turnovers and extending drives versus three and outs. A little trickery has been seen by Shorter in the past and it wouldn’t surprise me to see some this Saturday, just like coach Gary Goff used last weekend. If Shorter plays an almost perfect game of no turnovers and very little to no costly penalties, and can get a turnover or two deep in Valdosta territory, I could see this game being close at halftime, but at the end of the day, I think Valdosta State has too much depth and Shorter just isn’t there yet with what they need to last four full quarters. A close one early, similar to their game with West Florida a couple of weeks when they went into the half 14-14, but in the end, the winning streak for Valdosta State will be 19-0.

Analysis: Can somebody tell me where the running game is, specifically Chauncey Williams for West Georgia? I know Christian Royalston was injured in their first game of the season and he was their first teamer. Eric Swinney I believe was hurt as well, but still trying to find out the scoop on him. Williams, who had over 200 yards rushing the week before last was held to 15 yards on just five carries last weekend. Well, I will keep trying to find out the story here, but coach David Dean will have to find a way to regroup and make the long drive down to South Florida to take on another GSC team coming off a close loss in Florida Tech. Both teams can pass the ball because with Florida Tech holding a slight advantage of almost 300 per game to West Georgia’s 204 per game. West Georgia is leading in rushing per game with 183 to Tech’s 131, but remember, last week West Georgia only rushed for 50 to Albany State’s 253.  Both teams are scoring around the mid twenty mark, but Tech is giving up a few more points per game, almost 27 to West Georgia’s 16. Pass defense is very close with less than 150 yards given up by either team, and the run defense for both is about the same as well between 200 and 250. Tech definitely likes to air it out more than running the ball and West Georgia has always tried to establish the run first, but again, not sure what is going on with West Georgia in their running game department. It could be the injury bug or something else, so I am not sure what West Georgia’s game plan is going to be, but they have got to find more energy than they had this past Saturday. Tech will have to continue trying to put their freshman quarterback in good positions throughout the course of the game as well. This one is tough. I like the senior quarterback Willie Candler and legendary coach David Dean who has been around a while versus a true freshman quarterback in Mike DiLiello who has replaced Trent Chmelik, out with an injury right now, as well as a young program still, but then I also look at the home field advantage as well. That 50 yards last week stands out to much to me for West Georgia as well as giving up 253 on their home turf. I’m going to have to go with the home field team on this one I do believe.

Analysis: Tuskegee, led by former West Alabama star quarterback from the 1975 playoff team and Hall of Famer, coach Willie Slater, will be coming to L-town this weekend in a matchup of two in state division two teams, one from the GSC and one from the SIAC. Should be a special day in this homecoming of sorts, but I doubt coach Slater is looking to come back just for the memories. I know he wants more than that, and that’s a win against his alma mater. Coach Brett Gilliland on the other hand, another Hall of Famer, will be trying to get his team on the rebound from a tough loss to Valdosta State last weekend. Both teams lost last weekend, so both will be hungry. West Alabama definitely has the edge in offensive team stats by scoring 36 to Tuskegee’s 21 and throwing the ball 294 yards to 164 yards for Tuskegee. Defensively, Tuskegee has the edge, especially in pass defense where West Alabama’s secondary is still searching for their first interception and is giving up a ton of yardage per game with 238. Tuskegee is going to try and be balanced, but establish the run and play great defense, which will be sort of a good thing for West Alabama’s secondary. West Alabama on the other hand is going to try and complete some big plays over the middle and down the sidelines, while mixing up the run just to keep Tuskegee honest. West Alabama dramatically improved in penalties last weekend from its previous two games, but on the other hand, they also had five turnover last weekend. If West Alabama can get rid of that turnover bug, and stay disciplined and focused football, this shouldn’t be that close, but this is Tuskegee coached by legendary Willie Slater, and so they are going to do everything they can to give him the win. I see some turnovers, but by both teams, and some penalties, probably a lot of the offsetting kind if you know what I mean, maybe with an ejection or two in this one. In a slobber knocking close one, I’m going with the home team.

Analysis: Delta State is coming off a big GSC win at home against a really good Florida Tech team, who made it to the playoffs last year, so definitely a big step. Unfortunately, Delta State did lose their starting quarterback Patrick Shegog to a bad shoulder injury, but the bright side is veteran Breck Ruddick, who came in and got the save last Saturday, will now lead the offense possibly for the rest of the season. North Greenville is coming off a tough loss to Mississippi College, but at least they will be home and attempt to get their first GSC win. Delta State runs the ball really well with Deion Dampier and Rico Owens sharing the load behind a big, strong and nasty offensive line. Defensively, Delta State to me is looking like the best in the GSC as of today. Yes, better than Valdosta State’s, but both no matter what are playing great defense. Delta State does need to improve in their pass defense though and their kicking game is coming off a five field goal GSC record game, so they are good in that department. North Greenville can run the ball as well rushing for 191 per game, but they give up 142 per game which isn’t good. Aaron Watson still wears a jersey for North Greenville in that secondary of theirs so you have to know where he is at at all times. Not sure what happened to running back Dre Williams who rushed for over 100 yards in game one for North Greenville, but I will try and find out. I think this is going to be a close one also. Delta State hasn’t won a road game since 2017, but North Greenville is at home. I think Delta State will be singing songs about the Delta on the drive back after this one with smiles on their faces.