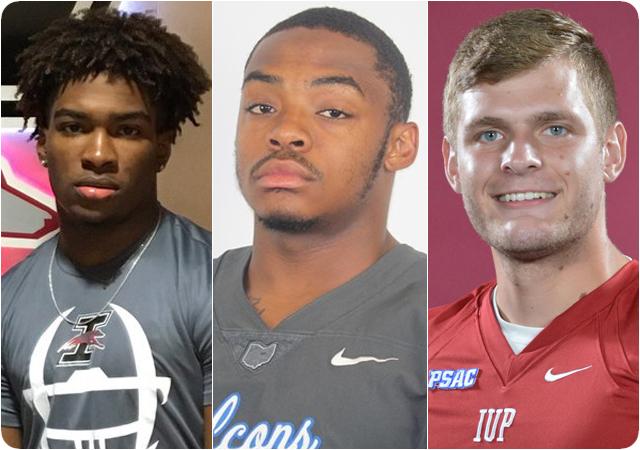 Clinton set a UIndy record for most rushing yards in game during the Greyhounds' 35-31 win over Hillsdale.

He carried the ball 36 times for 270 yards with four touchdowns. He averaged 7.5 yards per carry and also caught a pass for 10 yards.
Defensive
Antoine Holloway
Defensive Back
Notre Dame College

Holloway was responsible for three takeaways in NDC's 31-15 win over Wheeling.

His first takeaway occurred when he picked up a fumble and returned in 20 yards for a touchdown. Later in the game, he picked off two passes, including one in the endzone to end a Wheeling scoring threat.
Special Teams
Dylan Grubbs
Punter
IUP

Grubbs played a significant role in IUP's 29-26 win over Kutztown.

He punted five times, averaging 50.6 yards per punt. Two of his punts were downed inside the Kutztown 20-yard line.