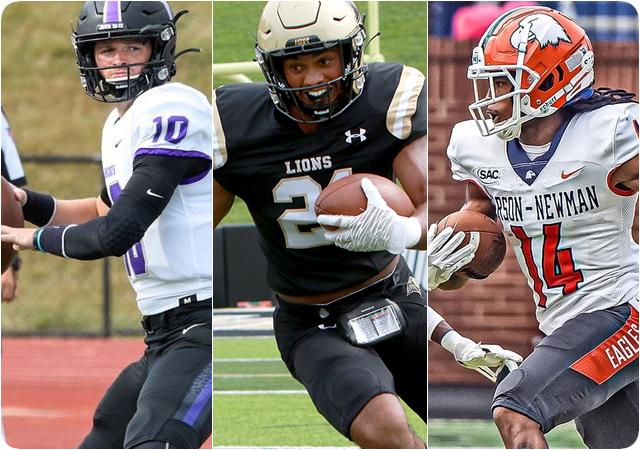 Callis threw for a school record 512 yards in SBU's 55-10 win over William Jewell. He completed 35 passes and recorded six touchdowns without an interception.
Defensive
Kai Ross
Defensive Back
Lindenwood

Ross picked off three passes helping Lindenwood fend off Quincy, 33-28. In addition, he recovered a fumble, accounting for his fourth turnover in the game.

Dudley had an outstanding day returning kicks in CN's 33-27 loss to Catawba. The senior returned three kickoffs for an average of 76.3 yards, including two 100-yard returns for touchdowns.