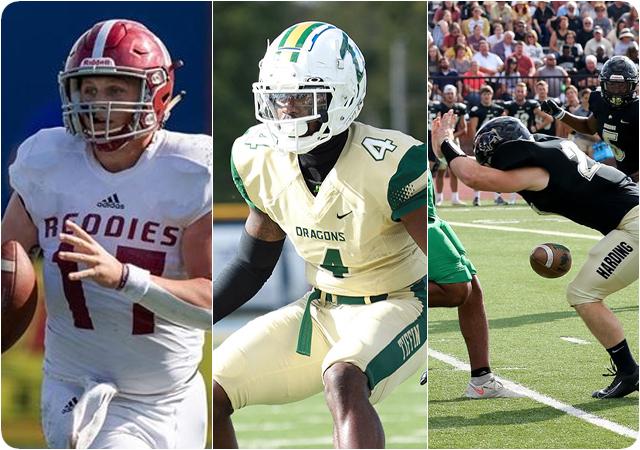 Morse threw for the most yards in a game this year in HSU's 41-38 win over Arkansas Tech. He finished with 522 yards on 28-of-41 passing with two touchdowns.
Defensive
Kevin Hyde
Defensive Back
Tiffin

Hyde picked off three passes in Tiffin's 34-28 win over Kentucky Wesleyan. Two of his interceptions occurred inside the red zone. His last interception denied KWC points in overtime.
Special Teams
Will Fitzhugh
Running Back
Harding

Fitzhugh became the first Bisons player to block two punts in Harding's 64-7 win over Arkansas-Monticello. The first blocked punt was returned for a touchdown and the second blocked punt resulted in a safety.