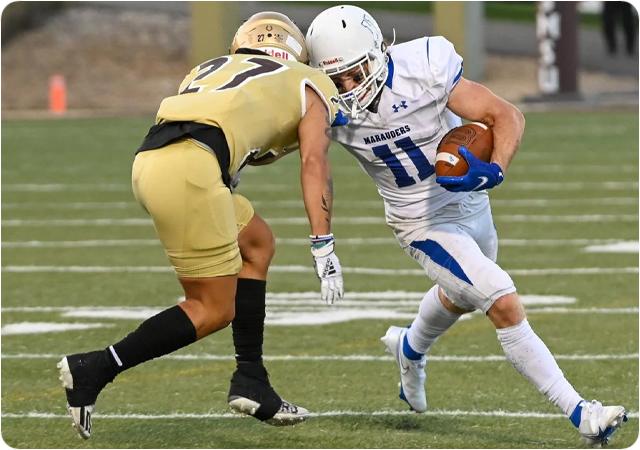 Kittner broke two single game Mary receiving records and tied another in the Mauraders' season finale. He caught 19 passes 284 yards in the game - both breaking records. Four of his receptions resulted in touchdowns, which tied a UM record as well.
Defensive
Ben Straatmann
Linebacker
Missouri S&T

Hahn played a part in two special teams scores in SHU's win over Lock Haven. First, he blocked a punt that was recovered in the endzone. Later, he recovered a fumble by the punter and returned it for a two-yard touchdown.