Players of the Week - Week Eight 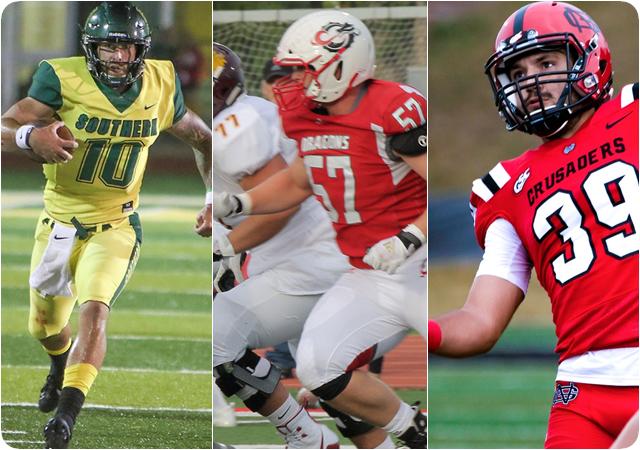 Magnuson had a huge game in MSUM's 23-14 win over Southwest Minnesota. He had 14 tackles with six tackles for a loss of 39 yards, including three sacks for 27 yards.
Special Teams
Matt Gravely
Kicker/Punter
North Greenville

Gravely contributed while punting and kicking in NGU's upset bid against Valdosta State. He was 3-of-3 kicking field goals, hitting from 22, 42, and 44. He punted four times for an average of 38.5 yards per punt with two downed inside the VSU 20-yard line.