Players of the Week - Week Four 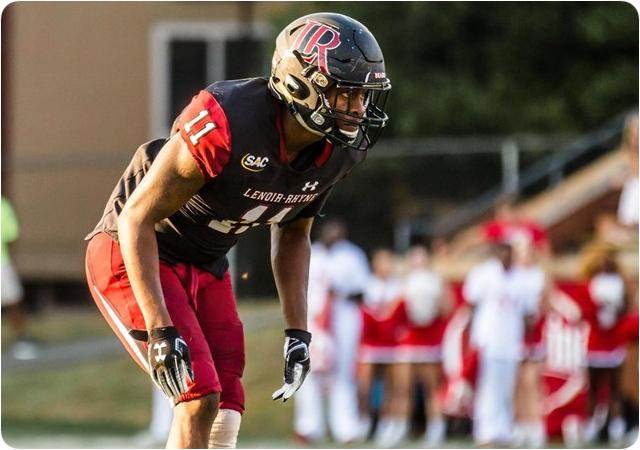 Bitson also racked up 257 yards receiving in the Grizzlies' 38-31 win over Western Colorado. He had 12 receptions and scored four touchdowns, the last coming with 29 seconds left to take the lead.
Defensive
Eric Jackson
Safety
Lenoir Rhyne

Jackson picked off three passes in a 56-28 win over Mars Hill. He had 31 yards in returns to go along with 10 tackles in the game.
Defensive
Dylan Hendrickson
Defensive Line
Dixie State

Hendrickson set a DSU single-game record with 4.5 sacks in their 28-16 win over South Dakota Mines. He also had a career-high with 13 tackles and ended with five tackles for loss.
Special Teams
Will Ark
Punter
Michigan Tech

Ark was a big part of the Huskies nearly upsetting Grand Valley. He punted eight times for an average of 48.1 yards. Five of those punts pinned GV inside their own 20 yard-line.