Players of the Week - Week Three 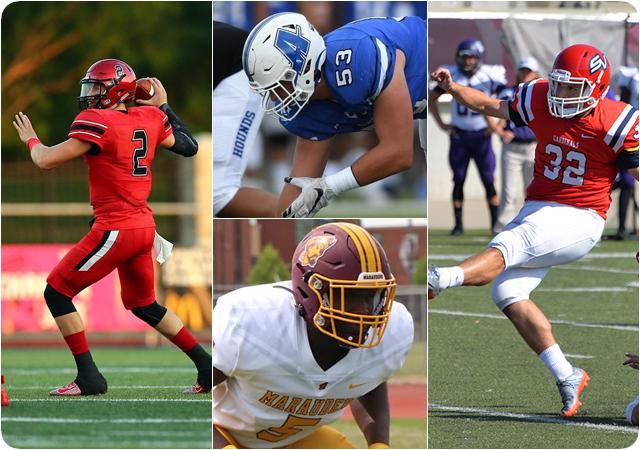 Bolles set a school record for passing yards in a 48-45 win in overtime at Missouri Western. He completed 19-of-36 passes for 506 yards and five touchdowns. He is the first UCM player to throw for over 500 yards in a game.
Defensive
Egan Bachtell
Defensive End
Assumption

Bachtell had 3.5 tackles for loss and two takeaways in a 19-7 win over Southern Connecticut. He forced two fumbles and recovered two fumbles while making seven tackles, including a sack.
Defensive
Kailen Abrams
Linebacker
Central State

Luksic had what could be described as a perfect day in a 23-7 win over Michigan Tech. He booted three field goals (47,43, and 26) while also punting five times for an average of 44.8 yards. All five of his punts landed inside the MTU 20-yard line.