Players of the Week - Week Two 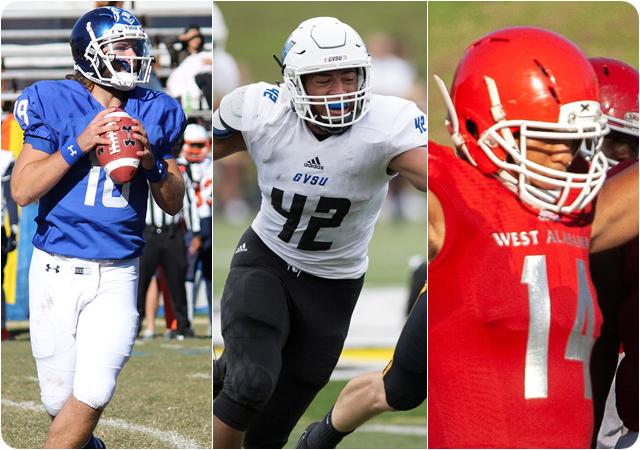 Witt set a school record with seven touchdown passes in a 70-16 win over Alderson Broaddus.

He completed 14-of-22 passes for 289 yards while rushing for 70 yards on seven carries. He added a touchdown on the ground, giving him eight total for the day.
Defensive
Isaiah Nkansah
Linebacker
Grand Valley

A West Alabama special teamer earns the award for the second week in a row.

Butler blocked two punts in a 47-14 win at Tusculum. The first block set up UWA on the Tusculum seven-yard line, where they scored on the next play giving UWA a 7-0 lead. The second led to a field goal.