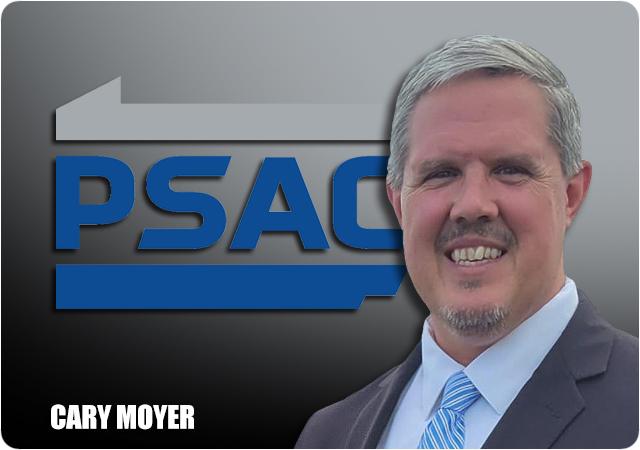 Week Eleven of PSAC Football is here and so is the PSAC Championship Game. All of this week’s games will be played in the West. #6 Shepherd will be visiting #16 IUP for the PSAC Championship. The rest of the Crossover Games will mean the end of the 2022 season for those not in the hunt for a spot in the Super Region One Playoffs. #6 Shepherd (10-0) remains the highest ranked PSAC Team in the D2Football.com Top 25 Poll this week. #10 Slippery Rock (9-1) and #16 IUP (8-1) remined in their same spots as last week. The Super Region One rankings released this week included five PSAC teams. They were: 1. Shepherd, 3. IUP, 5. Slippery Rock, 7. Gannon, and 10. Kutztown. This week, of course, I have the PSAC Championship Game as the Game of the Week. Keep reading to see who I predict to win the PSAC Championship as well as my predicted winners in the rest of the PSAC Crossover Games being played in the West on Saturday. I was seven of eight on my predictions last week and I am 66 out of 87 on the season (75.9%).

PSAC CHAMPIONSHIP GAME – Game of the Week in the PSAC

#6 Shepherd: Last week, the Rams beat East Stroudsburg 37-14. Quarterback Tyson Bagent was named the PSAC East Offensive Athlete of the Week. He had 32 completions on 40 attempts for 400 yards and five touchdowns. He also broke the NCAA Division II career touchdown passes record of in the game. The previous record of 148 was held by former East Stroudsburg quarterback and current Warrior head coach Jimmy Terwilliger who was there across the field when his record was broken. Bagent is now currently sitting at 151 career touchdown passes and he is just 547 passing yards short of breaking that Division II record. He is also only seven touchdown passes shy of holding the career touchdown passes record of any college quarterback at any level. After Wednesday’s practice this week, Jim Nagy, Executive Director for the Reese’s Senior Bowl, presented Bagent with his official invite to the prestigious Senior All-Star Game. It was another slow start for the Rams last week against East Stroudsburg falling behind 14-0 early in the second quarter. The Shepherd offense then started clicking and scored 20 unanswered points to go into the half up 20-14. The Rams added 17 in the second half while shutting out ESU in the third and fourth quarters. Cameron Dorner had eight grabs and Rodney Dorsey had seven and a touchdown. Tight end Brian Walker had five receptions and a touchdown. Enelio Pena led the defense with 10 tackles. Defensive end Kyle Smith had five tackles and two sacks. Shepherd enters this week’s game with the number 1 ranked offense and number two ranked defense in the PSAC. Quarterback Tyson Bagent leads the PSAC in passing with an average of 327.3 passing yards per game, total yards with 3,273, completion percentage 72.9, and touchdowns with 33. Ronnie Brown is the number one ranked running back in the PSAC averaging 108.9 yards per game and is tied for first in touchdowns with 12. Marlon Cook is the third ranked receiver in the PSAC averaging 91.7 yards per game. He also has eight touchdowns. Kyle Smith is third in the PSAC in sacks with nine. Dewayne Grantham is tied for first in the PSAC in interceptions with four.

#16 IUP: Last week, the Crimson Hawks beat Clarion 45-0. Quarterback Mak Sexton threw three touchdown passes to Duane Brown. Brown took over the second spot for career receiving touchdowns, 36, and receptions,168. His PSAC leading 16 touchdown receptions is tied for second in the IUP single season record books. These numbers are impressive, more so when you factor in that his first season of playing time, as a freshman, was as a running back. Hilton Ridley had four receptions as Sexton hit 11 different receivers in the game. Running back Dayjure Stewart rushed for 124 yards, 10.3 yards per carry average, and had two touchdowns. On defense, Jay Holmes and Gregory Moore II each had five tackles. Joey Tortella and Jaheim Howard both had interceptions. IUP’s lone loss was to Gannon on October 29th. The Golden Knights beat them 43-36. IUP was the only team in the PSAC that did not have a Week One Non-League game which is why they only have nine total games when the rest on the teams in the PSAC have ten. Their first game was on the road which they won on the last play of the game by hitting a 32 yard field goal to beat East Stroudsburg 38-35. They beat Slippery Rock 20-12 on October 1st and they beat California (PA) 22-21 on October 8th in the Coal Bowl. IUP has the second ranked offense and third ranked defense in the PSAC. Quarterback Mak Sexton is the second ranked quarterback in the PSAC averaging 265.1 yards per game and touchdown passes with 26. Duane Brown is the number one ranked receiver in the PSAC averaging 116.1 yards per game and in touchdowns with 16, four more than the player in second place on the list, again, in one less gamed played. Running back Dayjur Stewart is ranked second in the PSAC with a 108.0 yards rushing per game average.

My Prediction: #6 Shepherd – I had the Rams as my top team in Super Region One back when we did our D2Football.com Preseason Top 25 preview show. I am fully expect them to win the PSAC Championship game on Saturday and secure that number one ranking when the Super Region One playoff bracket is released on Sunday evening.

West Chester: Last week, the Golden Rams beat Kutztown 28-9. Linebacker Jackson Taylor was named the PSAC East Defensive Athlete of the Week. Taylor had 11 tackles and 1.5 sacks in leading the defense to only allowing one touchdown by the opponent. Taylor is tied for seventh in the PSAC in tackles for the season averaging 8.7 per game and he is third in tackles for loss with 18, averaging 1.80 per game. He also leads the PSAC in fumbles recovered with four.

Clarion: Last week, the Golden Eagles lost to IUP 45-0. Clarion has the number six ranked rushing offense with an average of 154.1 yards per game.

My Prediction: West Chester – The Golden Rams are a young team who could be easily sitting at 8-2 instead of 6-4. They secured wins against Gannon and Kutztown but also have unexpected losses at Bloomsburg and to Shippensburg. Flip those two losses and they would be in the mix for a playoff spot on the Super Region One bracket. It’s not in the cards this year but they should finish 7-4.

My Prediction: Edinboro – The Scots hung in there with Slippery Rock last week and should end the season on a positive note with a win over Lock Haven.

Millersville: Last week, the Marauders beat Bloomsburg 25-17. Running back Jaheim Morris is the fifth ranked running back in the PSAC with a 74.2 yards per game average.

Seton Hill: Last Week, the Griffins beat Mercyhurst 7-0. Linebacker Jaylen McDuffie was named the PSAC Defensive Athlete of the Week. In addition to that honor, McDuffie was named also named D2Football.com’s national Defensive Player of the Week. McDuffie led the defense and his team to the shutout win. He had 13 tackles, 4.5 sacks, and 5.5 tackles for loss. On the season, he is second in the PSAC with 10 sacks and fourth in tackles with an average of 10.4 per game and second in tackles for loss averaging 1.90 per game. Defensive back Na’Sir Douglas leads the PSAC in passes defended with 15.

My Prediction: Millersville – The Marauders have shown a lot of improvement the second half of the season. Seton Hill has shown progress the last couple of weeks. The Ville will end the season with a win.

Bloomsburg: Last week, the Huskies lost to Millersville 25-17. Defensive back Quentin Gaskill is second in the PSAC with 14 passes defended.

Mercyhurst: Last Week, the Lakers lost to Seton Hill 7-0. Thomas Zacharyasz and Jacob Holl are tied for second in the PSAC in tackles with an average of 11.3 per game.

My Prediction: Bloomsburg – The Huskies have shown glimpses of moving forward and should finish the season with a win in this one.

Shippensburg: Last week, the Raiders beat Lock Haven 44-7. On special teams, linebacker Ray Jones was named the PSAC East Special Teams Athlete of the Week. His blocked punt in the second quarter led to a Raider touchdown. He also four tackles. Linebacker Matt Feeney leads the PSAC in tackles for loss with 20.5, an average of 2.05 per game, and he is fifth is the PSAC in tackles averaging 9.5 per game.

My Prediction: Gannon – The Golden Knights control their own destiny and a win should secure a spot in the Super Region One playoffs.

East Stroudsburg: Last week, the Warriors lost to Shepherd 37-14. Sergei Felizor is sixth in the PSAC in tackles with a 9.3 per game average.

My Prediction: California (PA) - The Vulcans will pull it out in what should be a great game. Cal arguably had the toughest schedule in the PSAC this season. They had early season Crossover losses at Kutztown, 24-19, and Shepherd, 26-23 (OT) before entering Divisional play and losing to IUP 22-21 in the Coal Bowl, 42-24 to Slippery Rock and last week to Gannon 25-13. On the other side, East Stroudsburg lost to IUP 38-35 on a last play of the game field goal. In Divisional play they lost close ones to Kutztown 24-20, 24-20 to Millersville and 24-21 to West Chester before facing Shepherd last week.

#10 Slippery Rock: Last week, the Rock beat Edinboro 28-21. Running back Chris D’Or was named the PSAC West Offensive Athlete of the Week. He rushed for 103 yards, 5.7 yards per carry, and two touchdowns. He also caught three passes. On special teams, punter Kyle Butts was named the PSAC West Special Teams Athlete of the Week. He punted six times for an average of 41 yards per punt with a long of 69. He landed three of his punts inside the 20. The Rock has the number one defense in the PSAC only allowing an average of 13.6 points per game. Quarterback Noah Grover is the third ranked quarterback in the PSAC with an average of 261.7 yards per game and 24 touchdown passes. Running back Chris D’Or is ranked sixth in the PSAC with a 71.8 yards per game average. D.J. Adediwura leads the PSAC in sacks with 10.5. Interior defensive lineman Jeff Marx is fourth in the PSAC with 8.5 sacks

My Prediction: #10 Slippery Rock – This is a must win for the Rock in terms of positioning on the Super Region One Playoff bracket. It would be difficult for Kutztown to slide up from number ten on the list to find a way into the playoffs but a win, at the very least, would be a set-back for Slippery Rock who is currently at number five on the list.