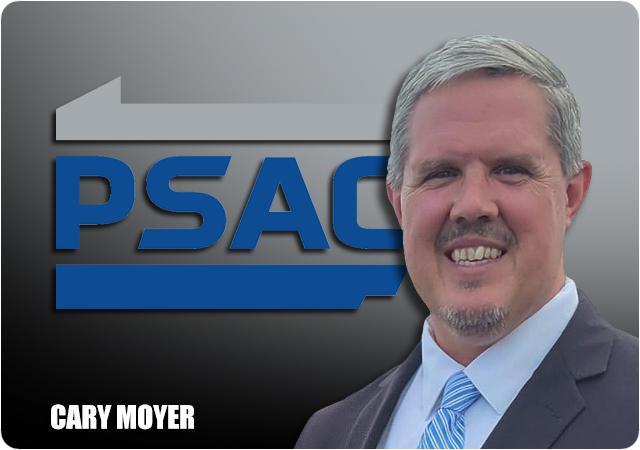 Week Six of PSAC Football is coming up and Divisional Games are in full swing! There are still two unbeaten teams in the PSAC and three teams ranked in D2Football.com’s Top 25 Poll. #5 Shepherd (5-0) from the PSAC East remains at the same as last week. From the PSAC West, #20 IUP (4-0) enters the Top 25 for the first this season after beating now #21 Slippery Rock (4-1), previously at #12, last week. In the PSAC West, IUP will be traveling to California for The Coal Bowl, a match-up of two teams who are 2-0 in the Division. This is the Game of the Week in the PSAC. Keep reading to find out more about the games coming up this weekend and my predictions for the outcomes of each contest. I was five out of eight (.625) on my predictions for last week’s games and 34 out of 47 for the season (.723).

Bloomsburg: Late week, the Huskies beat West Chester 21-16. Defensive tackle Billy Martin was named the PSAC East Defensive Athlete of the Week in the Huskies win over WCU. Martin had seven tackles, a tackle for loss, and an 88 yard fumble recovery for a touchdown. Running back Kaleb Monaco had 22 rushing yards and one catch, a 58 yard touchdown. On special teams, Hakeem Bacon returned a blocked punt 27 yards for a touchdown and he also downed two punts inside the 20 yard line.

Kutztown: Last week, the Golden Bears beat East Stroudsburg 24-20.  Kutztown came from behind late in the fourth quarter. Quarterback Donny Blaine hit tight end Alex Mackenzie for the touchdown with 1:46 remaining. Blaine was 14 of 17 for 220 yards and a touchdown. Wide receiver Jerome Kapp had five receptions for 113 yards. Linebacker Tyler Whary led the defense with 11 tackles. Linebacker Amani Justice had nine tackles, a sack, and 1.5 tackles for loss, and a forced fumble. With the win, head coach Jim Clements became the winningest coach in program history by surpassing George Baldwins mark of 61. Coach Clements also holds the highest winning percentage of any Golden Bears football coach at .721.

My Prediction: Kutztown – The Golden Bears defense will keep the points down and the offense keeps progressing under Donny Blaine in his first full season as the starter.

East Stroudsburg: Last week, the Warriors lost to Kutztown 24-20. Matt DeLaurentis got his second start in a row at quarterback for the injured Jake Cirillo. He was 22 of 42 for 197 yards and one touchdown. The Warriors had 100 yards rushing as a team. On defense, Ryan Hieber had seven tackles and three tackles for loss, Sergi Felizor had seven tackles and Deshawn McCarthy had three tackles for loss. The Warrior defense held the opposition to only 64 rushing yards. Looking back, the Warriors lost to IUP by three on a game ending field goal and to Kutztown by four points last week. The East Stroudsburg program is on the rise. The Warriors are the highest scoring offense in the PSAC East, seventh in the entire PSAC, scoring an average 28.2 points a game. Placekicker Devin Bartholomew was recognized on the Fred Mitchell Award Watch List for September. He is 10 of 12 on fields goals so far this season and has made all 15 point after attempts. His 2.4 field goals per game average is the highest in Division II.

Millersville: Last week, the Marauders beat Lock Haven 42-14. After a scoreless first quarter, the Ville scored 14 points in each of the next three. Punter Zach Banta was named the PSAC East Special Teams Athlete of the week in the Ville’s win. He averaged 48 yards per point, with a long of 58, and landed two inside the 20 including one that was downed on LHU’s one yard line. Quarterback Robert Footman Jr. threw two touchdowns and rushed for 49 yards. Running back Jaheim Morris rushed for 93 yards and a touchdown. Marcus Pierce jr. rushed for 83 yards and two touchdowns. The defense held Lock Haven to 279 total yards and Tyler Tate, Garrett Cox, and KeShaun Jones all had sacks.

My Prediction: East Stroudsburg – The Warriors are battled tested and have been hanging in with top level competition early in the season. They will prevail on the road this week at Millersville.

Lock Haven: Last week, the Bald Eagles lost to Millersville 42-14. On offense for the Bald Eagles, quarterback Easton Turner threw for 209 yards and two touchdowns. Marquon Williams had the two touchdown receptions form Turner and Chase Holmes had six receptions for 111 yards. On defense, linebacker Jaderian Johnson led the defense with 11 tackles and defensive back Kasir Henry had nine tackles, an interception, and a fumble recovery. Lock Haven is currently ranked last in the PSAC giving up an average of 43.4 points per game.

My Prediction: Shepherd – The Rams will dominate on both sides of the ball.

Shippensburg: Last week, the Raiders lost to Shepherd 30-13. Quarterback Sam Johnson III threw for 198 yards, one touchdown, and two interceptions. Alex Rufe caught a 57 yard touchdown for the Raiders. On defense, linebacker Tyler Simon had 13 tackles and one forced fumble. Defensive back Khi’on Smith had seven tackles and 2 pass breakups. On the season, linebacker Matt Feeney is second in the PSAC with an average of 2.10 tackle for loss per game, 10.5 total. Redd Douglas leads the PSAC in returns with a 39.6 average, a long of 100, and two touchdowns.

West Chester: Last week, the Golden Rams lost to Bloomsburg 21-16. Ethan Kohler was the quarterback for the Golden Rams this game. He was 15 of 23 for 185 yards and had one touchdown and one interception. Running back Phil Poquie had 110 yards on 16 carries. Wide receiver Julian Kelly had six receptions for 66 yards. WCU had 412 yards of offense in the game, their highest output of the season. Linebacker Jackson Taylor had eight tackles with 4.5 tackles for loss. Two of Bloomsburg’s touchdowns came from Golden Rams miscues, a blocked punt that was returned for a touchdown and a fumble that was scooped and returned for a touchdown. On the season, linebacker Jackson Taylor leads the PSAC in tackles for loss with a 2.60 average per game, 13 total. He also leads the PSAC in fumbles recovered with four. Defensive end Zach Liggitt is part of a four way tie as the PSAC sack leader with 4.5 on the season.

My Prediction: West Chester – As usually expected, the Golden Rams defense should keep their opponent’s offense in check. If they play without a bunch of miscues, which is what cost them last week, West Chester should win their Homecoming Game at Farrell Stadium.

#20 IUP: Last week, the Crimson Hawks beat previously unbeaten Slippery Rock 20-12. Wide Receiver Duane Brown, who was named the PSAC West Offensive Athlete of the Week, had another huge performance for the offense with 10 receptions for 140 yards and two touchdowns. Quarterback Mak Sexton was 19 of 30 for 236 yards and three passing touchdowns. On defense, Randy Washington and Naszhir Taylor both had red zone interceptions in the first quarter when Slippery Rock was driving and looking for the endzone. Washington and linebacker Drew DiNinzio-Biss both had eight tackles in the game. On the season, IUP is third in the PSAC in scoring offense averaging scoring 33.8 points a game and first in rushing offense averaging 214.0 yards on the ground per game. Running back Dayjur Stewart leads the PSAC in rushing yards per game with a 152 average. Receiver Duane Brown leads the PSAC in receiving yards per game with a 138.5 average. He also has six touchdowns in four games.

California: Last week, The Vulcans beat Clarion 59-14. Linebacker Josh Miller was named the PSAC West Special Teams Athlete of the Week, returning a blocked punt 25 yards for a touchdown. Quarterback Noah Mitchell was 15 of 20 for 267 yards and three touchdowns. JaQuae Jackson had 7 receptions for 170 yards and four total touchdowns. On defense, linebacker Matthew Tobey had 8 tackles, 1.5 tackles for loss, and an interception. Linebacker Ibrahim Sanogo had 3.0 tackles for loss and 2.0 sacks.On the season, California is second in the PSAC in scoring offense averaging 37.0 points per game. The Vulcan run defense leads the PSAC averaging only giving up 55.4 yards per game. JaQuae Jackson leads the PSAC with eight receiving touchdowns. He is third in receiving yards per game with a 122.4 average. This week, former Vulcan head Coach John Luckhardt, who was 88-33 at Cal while winning seven straight PSAC West Titles and three Regional Titles, will be honored on Saturday at The Coal Bowl. He will be inducted into the College Football Hall of fame this December.

My Prediction:  IUP – After knocking off Slippery Rock last week, it is hard to pick against the Crimson Hawks. They will need to keep the momentum going and not have this be a let-down game after last week. As the PSAC Game of the Week, it would be no surprise if The Coal Bowl came down to the wire. As far as what to watch in this one, the leading rushing offense in the PSAC, IUP, is up against the leading run defense, California.

Gannon: Last week, the Golden Knights beat Seton Hill 21-10. On homecoming, quarterback Kory Curtis threw two touchdowns , one to KeJohn Batiste and one to Melvin Blanks who also had one on the ground. Gannon gained a season low 274 yards on the day. On defense, the Golden knights held their opponent to 201 yards. Defensive back Chris Farnsworth had nine tackles, linebacker Zharrell Walker had nine tackles and 1.5 tackles for loss, and lineman Nicholas White had 8 tackles, 3.0 tackles for loss, and 2.5 sacks. On the season, running back Melvin Blanks is third in the PSAC averaging 106.2 yards a game and his 531 yards total is also third. Blanks also has seven rushing touchdowns.

Edinboro: Last week, the Fighting Scots beat Mercyhurst 16-13. Defensive lineman JR Tellington was named the PSAC West Defensive Athlete of the Week for his outstanding play in the game. He had 11 tackles and scored the Scots only touchdown when he tipped a pass and snagged it himself and took it 17 yards for a pick six. Place kicker Richie Pekmezian kicked three field goals to complete the scoring for the Scots. In addition to Tellington’s performance on defense, linebacker Clay Cunningham had 14 tackles. On the season, Cunningham leads the PSAC with an 11.6 tackles per game average and total tackles with 58.

Clarion: Last week, the Golden Eagles lost to California 59-14. Clarion was missing a couple of key players in their Homecoming loss. Receiver Andy Martin had three catches for 70 yards and linebacker Kareem Hamdan had 10 tackles and 1.0 tackles for loss. On the season, Clarion is second in the PSAC in rushing yards per on offense averaging 170.6 yards per game and they are also second to last in scoring defense in the PSAC averaging giving up 35.4 points per game. Robert Lachmann is tied for first as the PSAC sack leader with 4.5.

My Prediction: Clarion – This one could be a close low scoring game.

Mercyhurst: Last week, the Lakers lost to Edinboro 16-13. Mercyhurst scored 10 points in the fourth quarter to tie the game. Edinboro kicked the game winning field goal with under a minute to play to get the win. Running back Dustin Shoaf rushed for 103 yards and his sixth rushing touchdown of the season. The defense held Edinboro to only 37 rushing yards.

#21 Slippery Rock: Last week, the Rock lost to IUP 20-12. The Rock had missed opportunities in the red zone which ultimately cost them the game including two thrown interceptions thrown in the IUP endzone. Running back Chris D’Or ran the ball 15 times for 101 yards. Jawon Hall caught both of the Rock’s touchdown passes from quarterback Noah Grover who was 19 of 41 for 237 yards, two touchdowns and two interceptions, on the day. On defense, linebacker Brandon Tuck-Hayden led the team with10 tackles and 1.0 tackles for loss. On the season, Slippery Rock is fourth in the PSAC in scoring offense averaging scoring 32.8 points a game. The Rock is first in the PSAC in scoring defense only allowing an average of 12.0 points per game.

My Prediction: Slippery Rock – The Rock bounces back this week.