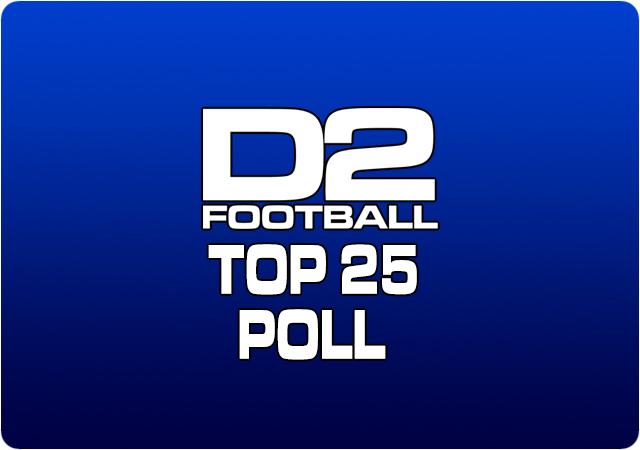 West Florida continued to solidify its grasp on the top spot in the D2Football.com Poll, but the big movers were Grand Valley and Minnesota Duluth.

The Lakers moved from 21 to 12 after a big win over CSU-Pueblo and Minnesota Duluth enters the poll at 16 after being unranked last week. Midwestern State entered the poll after its upset win over Texas A&M-Commerce. Nebraska-Kearney earned the final spot after their win at Pittsburg State.